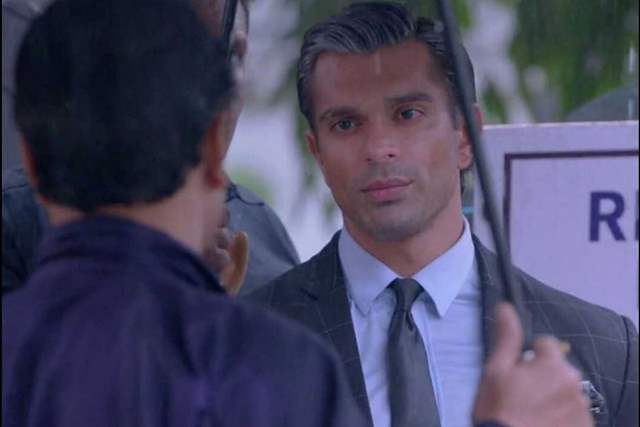 The Coronavirus pandemic definitely played spoilsport for the entertainment industry and while not being able to go to the theatre is one of the sad things, the other is so many replacements in ongoing projects and television shows. With some actors not ready to shoot amid the pandemic, the only option was to replace them or delay the shoot.

And well, the former turned true for actor Karan Singh Grover when his character of Mr. Bajaj had to be replaced in Kasautii Zindagii Kay 2. While he was replaced by Karan Patel later, on being asked about his decision to quit the show, he went on to reveal how it was more circumstantial and not just a decision.

Karan said, ''It was not my decision or their decision. I would be still doing it if we were not in this situation and we would be still doing it if they did not need Bajaj to resume shoot immediately. They had to resume shoot soon and I understand it." Among other things, the actor also expressed his gratitude for the angel-like fans in his life and how they have been a blessing. The actor further added that he misses being Bajaj on the show.

Meanwhile, the actor is all set reunite with wife Bipasha Basu on screen and will be seen in Dangerous. The actor seemed to be glad about working with her and added how the two of them are extremely professional on the sets and the husband-wife kick in only later.

Crazyksglover 1 months ago After you ,the show went downhill just like any other you complete your contract with ,such a nice decision but WE MISS YOU ALOT !!! PLEASE COME BACK. SOON WE LOVE YOU SOOOO MUCH AND YOU LOOK SOO SEXY HERE

Camren11 1 months ago He took the wisest decision I'm proud of him!

burnnotice 1 months ago KSG, you’ve set such a high standard for Mr. Bajaj, in terms of dress, looks and charisma that even a good actor like KP is failing miserably. But I agree with your decision, especially when some actors are reckless in their behavior. Why endanger yourself and family? 🙄 Miss you as Bajaj tho.