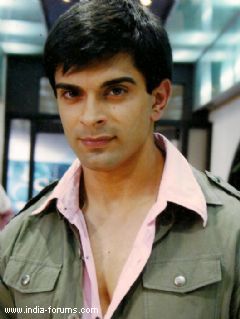 Tellybuzz earlier reported that the makers of Star Plus popular tv show Iss Pyaar Ko Kya Naam Doon?  are coming up with their new show very soon. The upcoming show by the Four Lions Productions will be based on crime and thriller. The show will be aired on Zee tv.

The latest buzz is that Karan Singh Grover who rose to fame with his popular portrayal of Dr. Armaan on Star One's tv show Dill Mill Gayye, has been approached to play a pivotal role in the upcoming tv series by Four Lions.

Tellybuzz contacted Nisar Parvez, the producer of the show to confirm the news but he said-"It's too early to talk about the show."

We also spoke to Gorki one of the producer of the show, who confirmed the news saying that "We have approached many known faces and yes Karan Singh Grover is one of them."

vansharathor 8 years ago i am sooo happy because your coming back to the screen,s