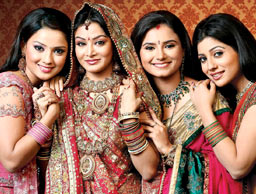 TellyBuzz was the first to give its readers the news about Karan (Karan Mehra) being the actual culprit behind Jigna's (Bhavesh's sister) murder!! Soon on Star Plus' 'Behenein', Karan will now open with Smriti (Shiju Kataria) the actual reason behind the murder.

A source reveals, "Today's episode will see Karan opening up his actual secret in front of Smriti and will tell her why he actually murdered Jigna. With this, Karan will start harassing Smriti and will threaten her to keep mum and not open up the truth in front of others. Karan will also warn Smriti that he will tell the truth of Astha being Smriti to everyone if she reveals Karan's truth."

"This particular track is getting ready for a big climax during Diwali, where Karan's truth will come up in front of everyone. This will facilitate for Karan's cameo ending", says source.

Elaborating on the reason why Karan murdered Jigna, our khabroo says, "Actually Jigna and Karan were childhood friends and were in love with each other but as time passed, they both part their ways. On the other hand there is a secret of Karan wanting all the four sisters' life to be destroyed. As this secret is known to Jigna, Karan intoxicates her with drugs and throws her in front of Shamaldas's (Manoj Mishra) car".

"Before Jigna could tell the truth to Smriti, Karan takes revenge and murders her," signs off source.

We tried contacting Adaa Khan but she remained unavailable for comments.

We also contacted Karan Mehra to know more about the track but as he was busy, he asked to us call later.

Shiju Kataria refused to comment as she says, "An interesting track is coming up and you have to watch it, I can't divulge anything on it."

Don't forget to watch Karan's confession to Smriti in Behenein!

adlabsd 10 years ago karan is best ..where is karan profille on india forum youre every scen wah kya scen hain ....!

10 years ago Poor Smriti! How much more will she have to suffer? Hope she gets to lead a peaceful life post this track. But I don't want to see Smriti-Mihir together again.