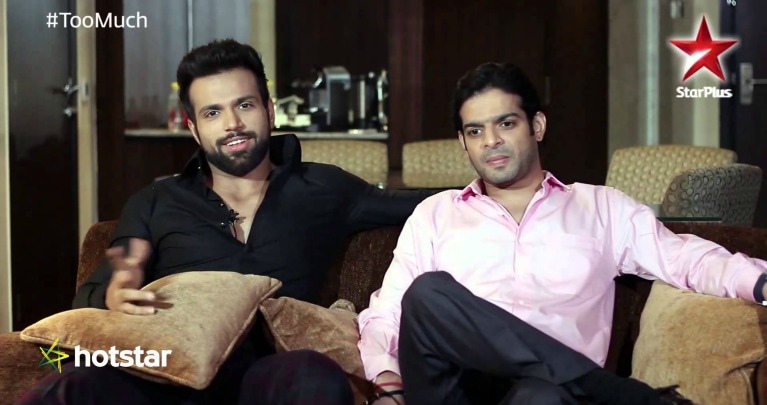 Nach Baliye 8 seems to be one of the most buzzing shows off lately. There has been so much of news pertaining the show, now that the finale of is almost here.

While the current season continues to make it to the news brigade time and again, the last season of Nach, Nach Baliye 7 is being reminisced by Karan Patel along with co-host from the season, Rithvik Dhanjani.
We did see Karan on the show extending his support to co-actors Divyanka Tripathi and Vivek Dahiya, and now, looks like the fans are missing him much. One of the fans shared a video of the duo from the last season, and, as hilarious as it was, it left Karan questioning Rithvik as to what exactly were they doing?
Have a look at the video and the tweet below:

We have to admit, it is a little hilarious, isn't it? (Though we love it anyway).
4 Likes

Nailah_EjFian 3 years ago Might be bloopers.. but you guys were much better than those two jokers from Nach 8.. Sorry Karan Tacker, love you as an actor but host! i dnt think soo...

Ranjeeta_ 6 years ago Nice to hear that for both Salman Khan and Sanju :)