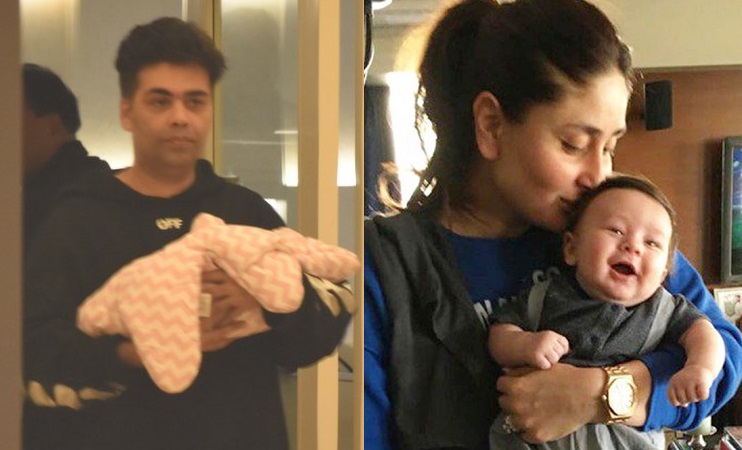 Karan Johar, who recently welcomed his twins, Yash K Johar and Roohi Johar is on cloud nine these days. The filmmaker is leaving no stone unturned to be a doting father to his tiny tots.
During a recent interview with a popular daily, the filmmaker revealed his interesting plans for his kids Roohi and Yash.
He shared that he and Kareena Kapoor are busy making holiday plans with their children!
Kareena welcomed her first child, Taimur Ali Khan, with husband Saif Ali Khan, in December last year.
"When they were born, I knew that my work, travel and social commitments would take a backseat because I'd want to give them unconditional love, care and attention. And now that they are home, I cannot stay away from them for long. It's only been hours since I've been away, and look at me! I'm sharply aware of the time, I keep looking at my phone, because it's the channel to my kids. I've decided that as soon as they are old enough, and before they start school, I'm going to bring Roohi and Yash to the office. Why not! Aren't they productions of Dharma Productions? I want everybody here to know them. I want them to be all over the place. And I'm already looking at building a crche here. It will be like Disneyland! I'm also looking forward to them travelling with me when I go outstation on shoots. Bebo's son Taimur is a few months older than Roohi and Yash, and she and I have already started making plans for holidays together!" he said.