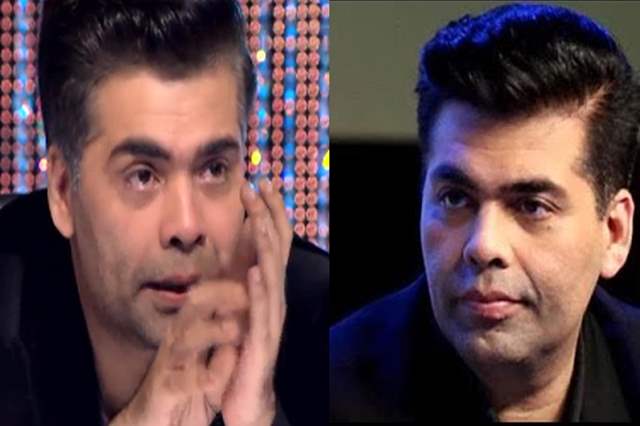 The saga surrounding actor Sushant Singh Rajput continues to gain mileage for one reason or the other but if there is one thing that is specifically been stagnant, then that is the fan outburst. Fans have been slamming several Bollywood celebrities online, especially in the case of nepotism. And when it comes to the topic of nepotism, everything has been surfacing around director and producer Karan Johar.

The uproar surrounding him has led to Johar facing the wrath of netizens for over three weeks now. Kangana Ranaut in 2016 had labeled him as the flag bearer of nepotism and since then KJo hasn't been able to get rid of this tag. After Sushant's demise, social media was quick to target him and his 'camp'. Not only Karan but Alia Bhatt, Sonam Kapoor, Sonakshi Sinha, Ananya Pandey, Arjun Kapoor, Ayush Sharma, and many others have been constantly facing major criticism for being star kids and allegedly a by-product of nepotism.

Johar has constantly maintained silence throughout this whole thing but his close filmmaker friend went on to open up on Johar's state of mind to Bollywood Hungama. He said, "Karan is a broken man. After being trolled for years he thought he had developed a thick skin. But the brutal hatred that he has received after Sushant’s death has left him shattered.” He added, “It’s the fact that those close to him are being attacked that makes Karan feel really guilty. His 3-year old twins are getting death threats. Somebody like Ananya Pandey who has no connection with Sushant had a hater on the social media platform asking her to commit suicide to compensate for Sushant’s death."

When asked about if he will ever give a statement regarding this whole saga, he said,  “None at all. Lawyers’ advice. Better to keep mum. Karan is in no condition to speak. The fight has gone out of him. He looks like a man beaten by fate. It’s not a pleasant experience to speak to Karan. He breaks down and cries when we call him. He is constantly crying and asking what he has done to deserve this."

Tippy-top 1 months ago How can we trust Karan Johar?

chullbulli 1 months ago also death threats form any randome person is not VALID.. it could be someone of their own, pretending by a fake name. if it comes from a blue tick person then it matters otherwise it is all propoganda

chullbulli 1 months ago there you go...paid people claiming karan is crying.. he is partying somewhere. claiming life threats.. what the hell are they SNOWFLAKE GENERATION. you are in public space . you get money fame be ready for the brick bats too. Koffee with karan was malicious. if they canbe so insulting openly...imagine them beind the screen

ishan2003 1 months ago Karan needs to show the middle finger to these horrible haters and walk with his held high. He has made the Bollywood industry famous in many ways.

uluvmg 1 months ago Blaming others for anyone's death should not be accepted... sorry to say besides suicide he can show them he still well known without anybody's help like vidyaballan kangana etc.. no problem as police is doing their job.. hope for best

Nehasupnfan 1 months ago Lol! Playing the victim card. PR is in its full force. What has he done to deserve this? Oh I have a laundry list of that! Death threats are never nice. But boycotting everything he's associated with is punishment enough. He's a vile individual with horrible tendencies of making fun of people, being a terrible human being. Everything he creates is rubbish! So let him sit in his muck. We all can support the right talent and people.

luvumjht 1 months ago Pr in action today. Article splashing from TOI to India-forums. Yeah I agree his false ego has been smashed and he is not able to bear it, but why make a national news out of it. Ps: I don’t support death threats, but those threats should not be used by KJo to play the victim card.

lkd48 1 months ago Death threat is ridiculous and they should stop. But There is no sympathy for karan johar/alia bhatt or any nepo gang. And I REFUSE to even believe that he is broken or is crying. Even if he is then he deserves it. He had made so many talented actors / outsiders cry....NO sympathy at all

Pori 1 months ago Whatever he’s done, asking another person to commit suicide is never the way. We don’t know how ones mental health is or works. C’mon guys, doing all these in the name of sushant’s death is not fair or good. You want change? Ask for change but don’t go asking people to commit suicide or death on someone else’s child. Then you’re no better

RapChick101 1 months ago Uh oh please. I do feel that all these death threats are unnecessary but excuse me, he’s not broken, he was the one who, for years has been horribly abusing “outside” talent and especially with SSR wherein he literally made the guy feel left out; unworthy and completely dissed SSR publicly various times. He cost the guy his life. Feel freaking sorry for that, and the others you’ve wronged instead of feeling sorry for yourself and your clan.