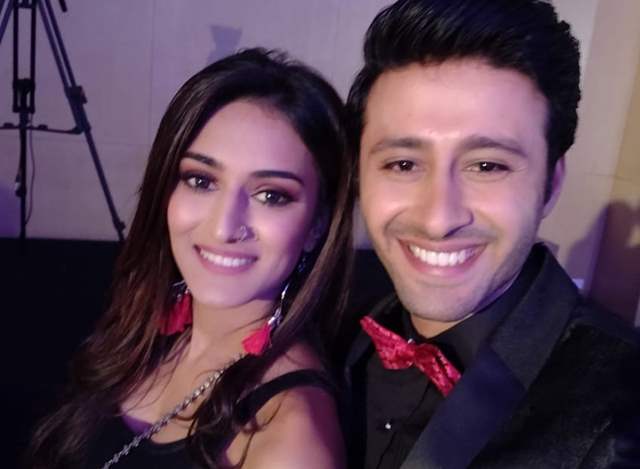 Actor Karan Arora is all praises for his co-actor and younger sister in Kasautti, Erica Fernandes aka Prerna. Karan who has been in the show since its inception and plays the character of Erica’s elder brother Shekhar, recalls incidents where he turned out to be Prerna’s protector from all fronts.

“Kasautti has been a great journey for me. I enjoyed being a part of the Sharma family and the show and as the show progresses towards its final journey, there are memories that I will cherish from this show, especially a few scenes that Erica and I shot for. People who follow Kasautti would understand that Shekhar has been the backbone for Prerna on all fronts.”

“Recalling a few performance-driven scenes Karan says, “We used to rehearse and improvise our scenes and Erica would always be there for any discussion. There was a scene where Prerna wanted to apply for a personal loan and asked for my documents. Then there was one where Shekhar scolded his wife for using bad words for Prerna. Shekhar also went against his mother for the first time so that Prerna and Anurag could meet. Shekhar always understood Prerna’s needs and wants to be for family affairs or outside the house. On one occasion, he went to an extent to kill a person who tried to harm Prerna. As actors we crave for scenes that are impactful and can create a place in the audience’s hearts and the cherry on the cake is when you have good co-stars like Erica. I have been lucky on that front.”

Talking about his younger sister Erica Fernandes in the show Karan says, “She is an infinite pool of talent, always calm, very observing, adapting and executing. Erica and I have had our share of fun and frolics in the show. She also is someone from whom you can learn a lot. As brother and sister Jodi of Sharma family in the show, we had our share of experiences. I have never seen her showing any starry tantrums,'' he quips.

Talking about what he will miss the most in Kasautti, Karan says, “I will miss the fun banter time our Sharma family had on sets. We were all close and they all are like my extended family. After spending more than 2 years you get attached to a show and you start feeling like it is your own family. Kasautti gave that feeling to me,” he says

Parth Samthaan: Kasautii Zindagii Kay has shaped me as an actor

burnnotice 26 days ago You and Erica were good together. Loved how your character always supported Pre. Karan, I wish you all the best and success in your future endeavors.🙏