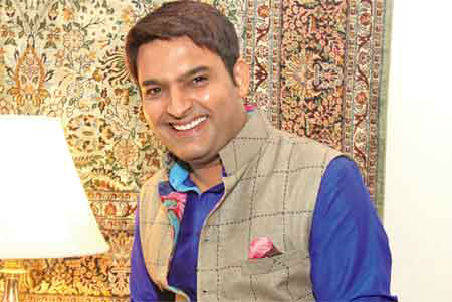 Comedian Kapil Sharma will perform at a charity concert in Delhi in aid of distressed women and children.

The concert, to be held Monday, is being organized by a Bharatiya Janata Party worker Anurag Thakur (son of former chief minster of Himachal Pradesh, Prem Kumar Dhumal).

Kapil made it clear he has no political affiliations and is part of the concert because "Anurag is a friend".

"More importantly, it's for a good cause. However, if people choose to see a political relevance in this, what can I do? I can't stop living my life the way I want to because of the criticism," said the producer and host of 'Comedy Nights With Kapil'.

"I want to bring a smile on everyone's face. But I know everyone doesn't have to feel the same way about me," he added.

What better candidate for CNN-IBN's Indian of the Year (Entertainment)?

"When I saw my name for Indian Of The Year along with Farhan Akhtar, Hrithik Roshan, Deepika Padukone, Shah Rukh Khan and the team of the film 'The Lunchbox', I was clean-bowled. I never expected I'd one day be mentioned in the same breath as these achievers," he said.

"It feels good. But it also puts a big responsibility on my shoulders. I have to keep generating laughter constantly. It isn't easy. We are trying to introduce new means of entertainment on my show," he added.

7 years ago Kapil is seriously the king of comedy.. He is doing this for a great cause!!

srjk is getting flopped day by day he demands too much which actually he dioesnt would get!

+ 3
10 years ago I love how her movie with Akshay totally flopped:D

10 years ago true friends always make up. cause they care too