Shankar died at his residence here Thursday evening, leaving behind scores of his fans in deep shock and anguish. He is survived by his wife and a daughter.

A few years ago he had lost his son in a shoot-out accident in his house. For the past one year, he was suffering from cancer and had undergone treatment in Bangalore and Mysore.

M.P. Shankar, who hailed from Mysore, immortalised the characters of Veerabahu in the mythological film 'Sathya Harischandra' made in mid-sixties and Bhoothayya in 'Bhootayyana Maga Ayyu' made in 1974.

After making a debut in Kannada film 'Rathnamanjari' directed by Hunasooru Krishnamurthy, Shankar never looked back and was busy for over a decade in Kannada films.

He was chosen for the best of roles because of his physique and voice. He acted in over one hundred films portraying a variety of characters though he did make a mark in villain's role in many Kannada films. He also showed his comic timing in films like 'Narada Vijaya' and 'Giddu Daada'.

But it is Shankar's contribution to the Kannada film industry as a producer which stands out. He made many films on animals and forests and had a strong message in most of his films that the environment and wild life has to be protected. He wrote the stories of many of his films on wild life which were shot in forests.

Shankar started off as a producer through the film 'Kaadina Rahasya' directed by Geethapriaya for which he wrote the story. The most memorable of his forest based stories was 'Gandhada Gudi' which featured Kannada movie icon Raj Kumar playing the role of a honest forest officer.

Vishnuvardhana, the current super star in the Kannada film industry, had played the role of villain in that film.

Then he made wildlife and forest based films like 'Kaadin Raja' and 'Mrugalaya'. Most of his other films were action-based thrillers including 'Onde Guri', 'Vijaya Khadga', 'Kempu Soorya' and 'Srimaan'.

Jayamala, president of the Karnataka Film Chamber of Commerce, said that Shankar's death has removed one of the most committed producers from the scene.

'He was a strict disciplinarian and was a true professional on the sets. He wanted to make films which had some novel themes. His films would remain in the memory of Kannada film fans for a long time,' said Jayamala.

Vishnuvardhan remembered his last meeting with the veteran actor-producer only a few days ago in a Mysore hospital. 'He supported me when I had faced a big crisis in my career. He was straight forward and honest. I did work in two of his films, but was a co-artist with him in many films. He was a great human being,' he said. 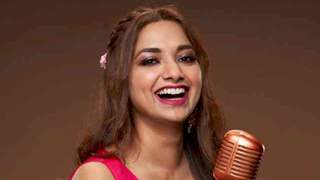