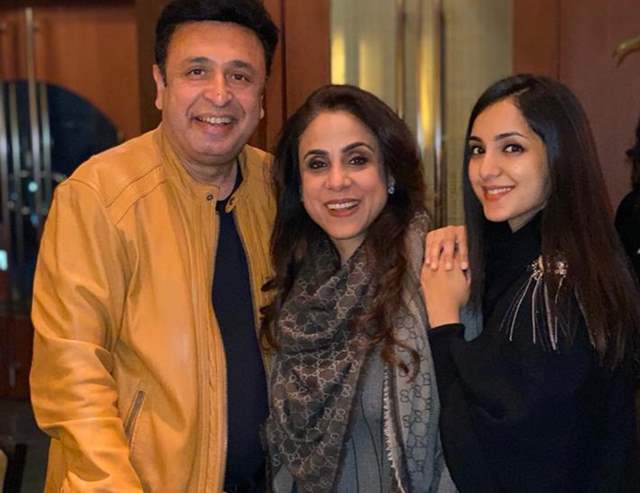 A father is daughter’s first hero and daughter Kanikka Kapur highly adheres to the saying. Ek Duje ke Vaaste 2 is produced by StudioNEXT and is being shot in Bhopal. Kanikka Kapur aka Suman is staying in Bhopal, far from her father but doesn’t fail to express her love for him. Currently in the show, we can witness the growing rift between the Malhotras and Tiwaris and Suman and Shravan can be seen making efforts to make peace. Shravan is also trying his best to impress Suman with the help of Bunty.

In the show, on various occasions we have seen how Suman has always stood for her father’s words and being an army kid has never let her father down. Recently, Kanikka made a similar revelation about her real life too. Kanikka owned up that even in real life, when it comes to keeping her father’s promises or words, she can cross all limits and push herself. She has always been a daddy’s girl and has never gone against him for any reason nor can she think of doing that anytime in life.

Speaking about her bond with her father, Kanikka Kapur aka Suman said, “My bond with my father is very similar to what Suman shares with her father in Ek Duje ke Vaaste 2. It is true that just like Suman, I can cross all boundaries to keep my father’s words. I can never see him upset and cannot ever think of letting him down. Shooting in Bhopal is tough only for one reason that I have to be away from my family, though my on-screen family never let me feel away from home but I miss my Mom and Dad a lot.”

Bucky 27 days ago That's utterly sweet of Kanikka! And somehow the love from real reflects in reel! Love the on-screen father-daughter duo and their scenes are always a delight to watch in Ek Duke Ke Vaaste 2!

"My favourite moment is of my own of the series, which is a ...
9 minutes ago

6 Iconic Dialogues Every True Mirzapur Fan would Use in Real ...
35 minutes ago