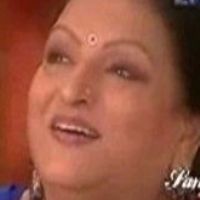 Sony TV show Bade Acche Laggte Hai has been in the news lately – all thanks to its storyline that is now heading for the 5 years leap! Many actors of the show have expressed their displeasure over the leap.

The show post the leap with feature some faces and will bid adieu to some established characters. Fans are aware that Sameer Kocchar's will be playing Priya's (Saakshi Tanwar) love interest post the leap. Tellybuzz today reports another new entry in the show – Kanika Shivpuri will play Samir Kocchar's 'Daai jaa' in the show.

Kanika Shivpuri is an established name in the television and film industry and has several shows to her credit namely Kasturi . She also is known for her cameo in Karan Johar's movie 'Kal Ho Naa Ho'.

ranii.sharma 8 years ago Hope they bring her in for more scenes! She seemed to have a good character

rnvdbhavani 8 years ago Balh me grand welcome hi... hope she is positive character... aur piyu ki dadi.. may b

IPSO_FACTO 8 years ago thnks fr the article.
welcome to the shw ma'am

saisamanvi 8 years ago thanks TB for the article...
welcome to the show madam...i hope she will be do in positive role

chitloner 8 years ago Welcome madam. U r a very good actor. Waiting for ur scenes with ST

TVserialfreak 8 years ago I am not watching the show anymore...anyway thanks a lot for the article

xXIheartRayaXx 8 years ago Hope she is not negative..
Arrghhh WTH is Priya's (Saakshi Tanwar) love interest????PRIYA is for RAM ONLY!!!!!!!
will watch BALH for RAYA/RASHI only..
Love them..

IndYa4u 8 years ago Day1 was thanda for Kanika Ji. Loads of luck to her for the show. Let's hope SHE is the one who helps reunite RK and PK.
Will be interesting to see how she changes once she finds out Priya is X convict.

NancyNuts 8 years ago lukin forward what type a role she plays in BALH...