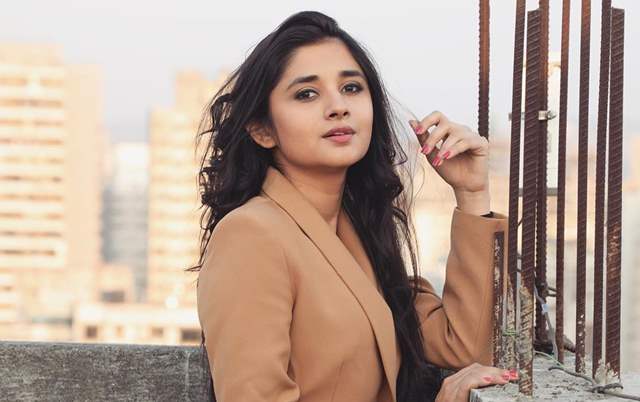 The Television shoots has finally resumed after months and the makers are trying their best to bring in new twists and turns for the viewers. Several shows will soon go on air with it's fresh episodes, providing the daily dose of entertainment to it's viewers. Zee TV show Guddan Tumse Na Ho Payega will also see some major changes. It has already been reported in the media that the show will take a leap and Kanika will be seen as Guddan's daughter in the show.

In a conversation with Tellychakkar, Kanika opens up on her reaction when she got to know about the leap in the storyline. Speaking about the same, Kanika said that she was in her hometown when the creatives called and told her about this plot. The Actress revealed that she was left numb and she recalled sitting in front of her father and suddenly tears started pouring from her eyes.

Kanika added that she is an emotional person and she gets attached to people. She mentioned that the fact that a few cast members would leave the show made her very upset. Her father was clueless and he thought that maybe the show is axed and that's why she is crying. However, she told him the real reason and he then tried to comfort her.

What do you guys think of the above news? Are you guys excited for the fresh episodes of your favourite Television shows? Do let us know your views on the same in the comments section below.

“During difficult times like these, we should be compassionate, ...

Kanika Mann On Father Opposed To Her Acting Career & Wanting Yet To ...

Kanika Mann aka Guddan to be seen in a new Avtaar