Rarely does a day go by without actor Taapsee Pannu and her shenanigans on social media. From being active on the platform for her comments on multiple issues to being outspoken and involved in spats with multiple celebrities, it is almost a daily occurrence to see Ranaut involved in it.

Her spat with actor Taapsee Pannu is rather famous now and just like her, the actor's fans also go on to make comments and give their say on on multiple things. Recently, a fan shared a photoshoot picture of Pannu and Ranaut both, where the person claimed that Pannu has copied the latter 'for the 1000th time'.

This was immediately noticed by Ranaut and she went on tweet about it claiming that 'she is the most mimicked superstar after legendary actor Amitabh Bachchan.' She tweeted, Ha ha ha I am flattered, she is a true fan, dedicated her whole existence to study and impersonate me to the point of dessolution it is rather impressive, also no other female superstar has taken over pop culture the way I have I am the most mimicked superstar after Mr Bachchan.”- 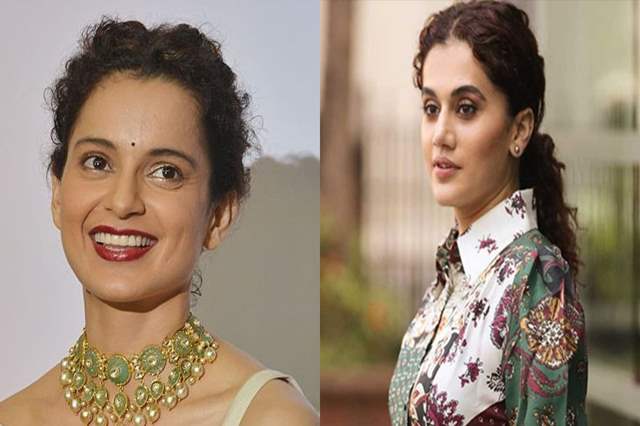 Actually, all this started when Pannu praised Judgemental Hai Kya trailer back then and in response, Ranaut's sister Rangoli Chandel tweeted, "Kuch log Kangana ko copy kar ke he apni dukaan chalate hain, magar pls note, they never acknowledge her not even a mention of her name in praising the trailer, last I heard Taapsee ji said Kangana needs a double filter and Tapsee ji you need to stop being a sasti copy.”