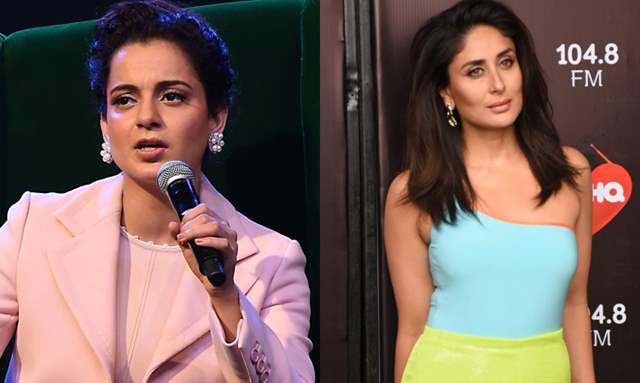 Kareena Kapoor Khan recently spoke about the Insider vs Outsider debate calling it 'weird' and that it is the audience who has the power to make or break a star, insider or not. Many families have been at the receiving end of much criticism amid allegations after Sushant Singh Rajput’s death.

Now, actress Kangana Ranaut has now hit back at Kareena for her recent comments on the ongoing debate. Reacting to the comments, Kangana took to her Twitter handle

She took to her Twitter handle and said, "Yes Kareena ji, audience has made you all rich and famous but they didn’t know after getting undeserving success you all will turn Bollywood in to Bullywood, please explain 1) Why your best friend asked Kangana to leave the industry? 2) Why Sushant was banned from big production houses? 3) Why they called Kangana a witch and Sushant a rapist ? 4) Why your ecosystem call Kangana and Sushant Bipolar? 5) Why your fellow nepo kid after promising marriage filed criminal cases on her ? 6) Why Kangana and Sushant isolated in the industry never called for any parties? No one wishes them on their film releases birthdays or successes?"

In another Tweet, Kangana’s Team also warned nepo kids to stop derailing the topic and also called them dumb. Her team also stated that “Sushant has been murdered by your bullying and ganging up”

LeviOsAa 1 months ago Bewakoof aurat, without any proofs how she's accusing everyone out there and talks about bullying in bollywood. She's the first bully and harasser in the first place