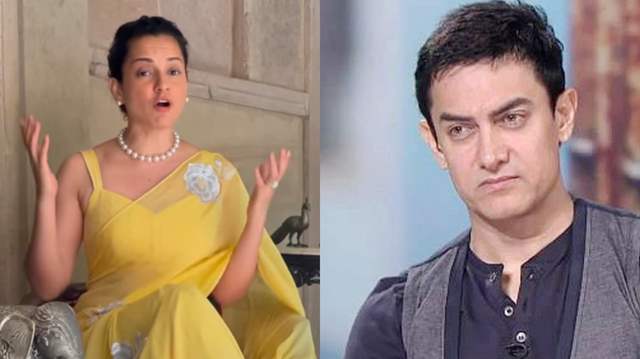 Netizens have been lashing out at Aamir Khan's 'Laal Singh Chaddha' since a long time now. Aamir Khan and Kareena Kapoor Khan have been facing this roadblock because of their comments that disheartened the people which were not made today but back in the time.

I think all the negativity around upcoming release Laal Singh Chadda is skill fully curated by mastermind Aamir Khan Ji himself, this year no Hindi films have worked ( barring one exception of a comedy sequel) only south films deeply rooted in Indian culture or with local flavour have worked, a Hollywood remake would have not worked anyway.... But now they will call India intolerant, Hindi films need to understand the pulse of audiences it's not about being a Hindu or Muslim_ even after Aamir Khan ji made Hinduphobic PK or called india intolerant he gave biggest hits of his life _ please stop making it about religion or ideology, it's takes away from their bad acting and bad films. 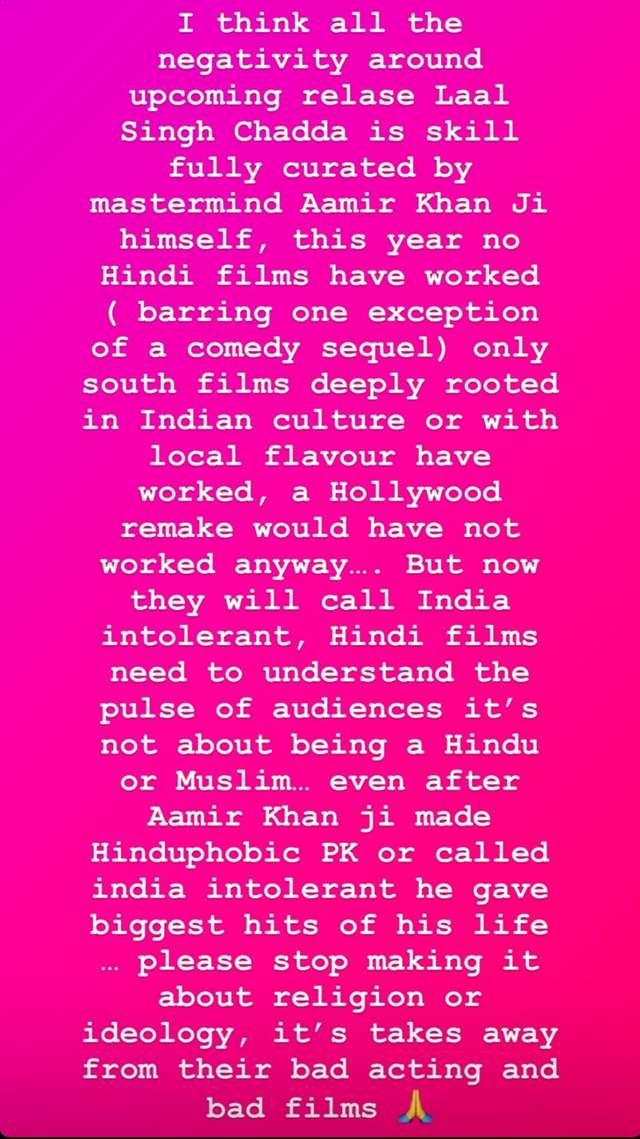 Talking about her work front she has now geared up for her next movie, Emergency. Her look as Indira Gandhi is also out and has been loved by the people. This will be her second directorial after Manikarnika. She also has Tejas in her kitty.

2 months ago @BiloxiBlues Ah yes! More gaslighting from your side since you couldn’t prove ANY of your points. That’s one of the ways Indians defend themselves. By saying that they’re “not Indians” once they get dragged and exposed. You already shat the bed once by defending such a filthy nation and calling it “one of the greatest in the world” and now you’re just doing damage control by gaslighting me. You think I didn’t predict this? I knew exactly how this would play out. I’ve met many dimwits online but you’re definitely the most foolish of them all. You take the cake on this one. Quite ironic for someone of with an attitude like yours to question another person’s mental well being. I guess, being “the biggest defender” of the world’s most disgusting nation does something to people. Next time try not to embarrass any further.

2 months ago The thing is now we have social media and it does not forget anything. Maybe they are not bots and actual people who are boycotting everything in Bollywood these days. Had it been pre-social media days, people might have forgotten what he said or did but now twitter makes sure to remind things again and again even to those who are unconcerned. What to do? the seemingly bad storyline, bad acting and bad words spoken in the past seem to have plagued the film, at least in the digital domain. However, there are people and life beyond SM too. Only after release, one can tell how the movie fares. Will be interesting to see the mood of the nation. lol

+ 2
2 months ago I too feel that there is some point in her few sentences though not her whole message. People usually forget (at least in masses) the atrocities done by the stars regardless of however offensive it is. But now, suddenly a lot of people are triggered over his old statement and a negativity is going on in social media. It is not really normal. Usually in this case, people silently ignore his movie if there is hatred. But that is not the case here. I doubt if Aamir sent his bots to trigger the negativity among the social media which itself promotes the movie - negative publicity which is very dangerous.

+ 5
2 months ago She is right sometimes.

+ 2
2 months ago 🤦🏽‍♀️ Did she even watch PK that movie wasn’t hinduphobic. She really needs to shut up