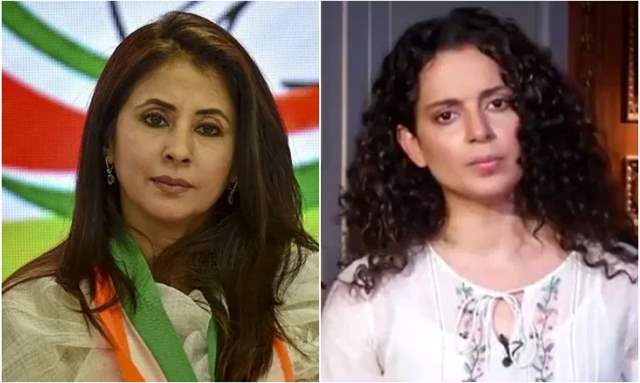 Calling out fake feminists, Kanagana had a buffeting reply to a Twitterati who questioned the actress' comments and her comparisons for Urmila. Kangana replied to the tweet as she said, “Where was your feminism you dumb ass when Urmila called me Rudali and a prostitute? You fake feminist shame on entire woman kind, do you know a human don’t just have physical body we have emotional body, mental body and psychological body as well, rape isn’t just intercourse!!”

Meanwhile, during their debate over the alleged drug row, Urmila asked Kangana that she should do the film industry a huge favour and reveal the 'big names' that are part of Bollywood's drugs mafia, Urmila Matondkar said.

The Satya actress in an interview with India Today challenged Kangana and said, "Where are the names? I would like Kangana to actually come forward and do all of us a huge favour by giving out those names and calling out those people. Let's have it all out. I will be the first one to say thumbs to you girl."

Urmila mentioned that Kangana should come out on all these issues once and for all. She also quipped that Ranaut's comments now risk sounding like a constant rant.

She also added that Kangana Ranaut's allegations about rampant drug usage in the film industry were nothing other than an overstatement about the situation in the industry.

During her interview with India Today, Urmila Matondkar also addressed Prime Minister Narendra Modi's invitation to the film industry to spread the message of Mahatma Gandhi in 2019 and said, "Do you think the honourable Prime Minister would have sought the support of such an industry that has drug addicts in it?"

Furthermore, speaking about Ranaut’s statements over Mumbai and the comparison to Pakistan-occupied Kashmir (POK), Matondkar said that everything that Ranaut has today - name, fame and money - is all because of the film industry.

Swara Bhasker, Pooja Bhatt and others come out in support of Urmila ...

ChickenSoup 1 months ago Without all these controversies and dramas, Kangana would have probably committed suicide out of boredom.