Mumbai, Dec 20 (IANS) Filmmaker Kalpana Lajmi, who wrote the political drama 'Singhasan' with Aishwarya Rai in mind, nows wants to make it with Deepika Padukone, who is a distant relative.

'I saw her in 'Om Shanti Om' and 'Bachna Ae Haseeno' and found her to possess that old world grace that comes naturally to Madhuri Dixit and Aishwarya Rai. I don't think any other girl today has that quality. I was once planning to cast Aishwarya as a politician in 'Singhasan'. I'd love to cast Deepika in that role,' Lajmi told IANS.

'Maybe she can get R.K. Films to produce it,' she joked.

But the director isn't sure Deepika would reciprocate her enthusiasm.

'Why should she? I'm a down-and-out filmmaker. I haven't put a project together in the last three years because of various reasons, the main being finances. A filmmaker like me suffers a double disadvantage by being a woman,' said Lajmi, who has made films like 'Chingaari' and 'Daman'.

Explaining her relationship with Deepika, she said: 'We're both descendents of the great Guru Dutt. Deepika and I are Saraswat Brahmins. Her family and mine can be traced back to Kashmir. We're basically evicted Kashmiri pundits who migrated to Bangalore.

'If you remember my uncle Guru Dutt (her artist mother Lalita Lajmi's brother) was settled in Bangalore and so is Deepika's father Prakash Padukone. Deepika is definitely related to me, though she doesn't know it. But I hope she knows about me,' Lajmi said.

Lajmi has been seeing a series of illnesses in her family, first her parents and then her guru and companion, composer Bhupen Hazarika.

Lajmi, who started as an assistant to Shyam Benegal, says she's very proud of her mentor.

'At the ripe old age of 74, Shyam babu has made a hit film, 'Welcome To Sajjanpur'. He had to struggle for years to make the project come true. As for me, I'm so much his junior and still can't get funds for my new film,' she said. 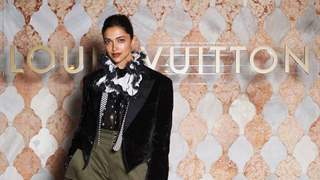 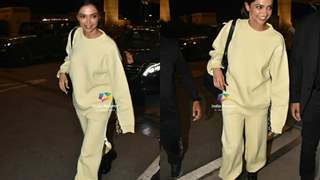 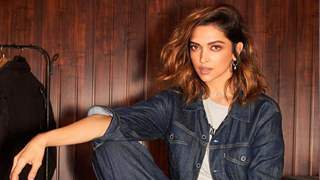