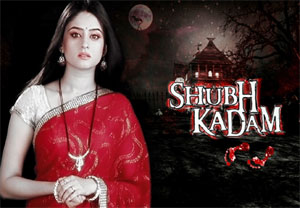 Featured Video
The show traverses the journey of Pratha's (Mahi Vij) undying spirit to battle evil over good and save her husband Raghav and his family from this ordeal. Even though Pratha's entry into the house has been termed as 'ASHUBH' by all in the family, Pratha is completely unaware of the curse that was cast on her family centuries ago by 'Manayata'. Ambika, Raghav's real mother played by Sudha Chandran though, strikes a pact with Manayata's ghost wherein she agrees to offer a body of a family member for Manayata to possess.

When asked about the reason for the title change now, our source says, "The title is now changed to Shubh Kadam to stress on the fact that Pratha who is considered as 'Ashubh' is indeed Shubh for the house as well as Raghav".

However, the show will see yet another twist in the concept wherein the number 11 holds a great significance. "Manayata's ghost possesses a family member and enters the house in a human body on Wednesday, 11th February when the clock strikes 11 PM. This will kick-off a series of unexplainable and scary incidents which will be seen for the next 11 days. The raaz behind all this strange events will be revealed again at 11 PM on the 11th day to the viewers", quips our source.

If this is not enough, Asmit Kaushik who plays the role of Raghav in the show will be replaced on the 11th of February. "Asmit will be replaced by a newcomer Pratik Shukla", quips our source.

As per the information we got on the reason for this replacement, "Asmit looks very young before Pratha (Mahi Vij), and did not look like a married guy from any side. Also, Asmit's acting capability had been under the fire for quite sometime now".

We tried calling Siddharth Malhotra of Cinevistas for a confirmation on the replacement, but he was not available for comments.

To see how the raaz unfolds, watch SHUBH KADAM, every Monday-Friday at 11 PM, on Sahara One Television.. 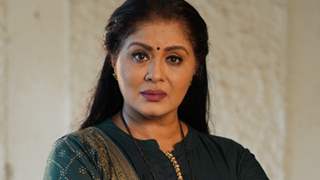 + 10
13 years ago Seriously, TV is getting more and more ridiculous these days....

I''ve never watched of or heard of this show but this story sounds weird and twisted.

13 years ago i think the only good thing abt this show is mahi-asmit pair. so it will be 11 factor now!!! after 11th feb most of the viewers r not gonna watch this show......

asmit is looking younger than mahi but he''s better actor. i hope he manage to be a part of any youngsters show. he definitely does not look like a married man.

+ 6
13 years ago ohhoo
raghav replaced??? but i liked him with pratha

13 years ago i like asmit .if he quit the show i dont want to watch ths show

13 years ago Ashmit was really good though young looking..lets hope to see him in a youth show like mjht

+ 4
13 years ago wow...for the first time I think a serial is completely changing its title..

13 years ago this show is going down the drain after asmit leaves. i don''t know why but the creatives and directors always change one of the lead characters even though people like their chemistry. i started watching this show because of these two and i don''t think it''s going to be the same with one of them gone.