Sphere Origins' popular show Saraswatichandra on Star Plus has been riding high with its interesting story and the on-screen chemistry of Saras (Gautam Rode) and Kumud (Jennifer Singh Grover). With the new entry of Anushka (Srishty Rode) who is paired opposite Kabir played by Ashish Kapoor in the show, the audiences it seems are loving the sequence between the two.


Well, as seen in the ongoing episodes Anushka who is very talkative, naughty and sometimes  blabbers too irritates Kabir and he even assumes that she will be his prospective bride chosen by his family. So from the beginning itself he hates her, keeps ignoring all time and behaves rudely with her. Even Anushka comes up with silly things which makes Kabir irritated like she clicks his picture portraying him as a worker and mistakenly yellow paints falls on his shirt. Owing to all this Kabir is fed up and plans to take revenge of this by scaring her.

According to the sources, "Kabir will play a prank on Anushka as he wants her to go back to Mumbai. He will search for a cockroach to scare her. But later on he realizes its no point to find a cockroach in the house and remembers previous incident where Anushka ran from her room seeing a cockroach so he goes in her room. Meanwhile Vidyachatur (Ali Raza Namdar) tells a ghost story land when Anushka listens to the story she gets very scared so at that time Kabir plans to drop the idea of cockroach and instead becomes a ghost and scares her. She is made to leave the house."

That's quite funny and interesting track. It will be exciting to see Anushka's reaction to see the ghost in front of her.

6 years ago Looking around for a cockroach was definitely not funny, more like plain silly. The creative team need to get their act together.

I am tolerating SC for you Gautam Rode.

6 years ago Gautam Rode you are the reason I still watch Saraswatichandra. Keep up the great work.

Pia_pia88 6 years ago Wish u all the best Ashish..
You are amazing

taraloveashu 6 years ago Kabir is the best in SC...Ashish kapoor you rock 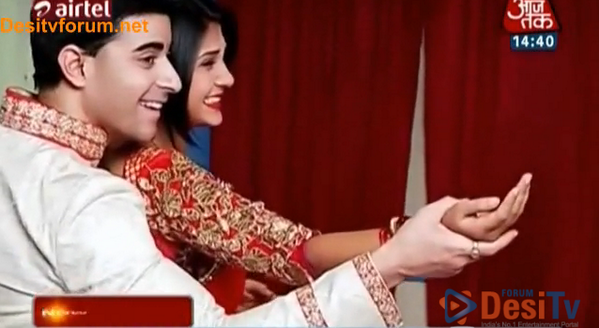 6 years ago Gautam Rode you are doing a great job as Saras.