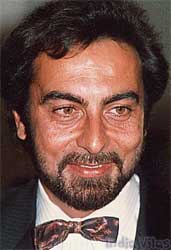 Kabir Bedi is entering the small screen with Harry Baweja's show on Sahara One. The show is being co- produced by Shabbir Aluwaliya under his production house Flying Turtle.

According to our source, "Kabir Bedi has been approached to play a pivotal role in the Sahara One show. He is a known actor in the Bollywood industry. He has also worked in a couple of Hollywood films and some television programmes in Europe, where he is especially popular."

We tried to get in touch with Kabir Bedi. Instead we could only reach Bedi's close friend Parveen Dusanj who says, "He is getting lot of offers from the industry. Yes, Harry Baweja did approach him but nothing is yet confirmed."

Erica Fernandes is back on Social Media after a Small Detox!

*mittu* 10 years ago He has a charismatic personality. I had a huge crush on him when I was very young. I would love to see him on small screen.

vijisridhar 10 years ago Its not a surprise at all, as Kabir Bedi has acted with Hemamalini in her hindi/tamil serial "Nupur" some 15 - 20 years ago itself. Its such an excellent serial.
viji

Jess. 11 years ago terrorists should be dealt with utmost ruthlessness.

talkativetaurus 11 years ago @ farislove - lol i thought it was priyanka at first ...

Disha Salian did not dial 100 before her death, says Mumbai ...
5 minutes ago

Nishant Malkani: I may not agree with everything Kangana ...
28 minutes ago

What was Ranveer Singh doing at YRF Studio? Close Source ...
35 minutes ago