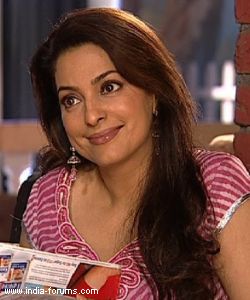 The cookery show on COLORS' Kitchen Champions hosted by Ronit Roy is now in its third season. The ongoing season unlike the other two seasons, have the common people exhibiting their culinary talents on screen. The format this time is that, there will be a Celebrity Guest gracing the show every week.

As we all know, Prachi Desai who wooed one and all with her recent flick Once Upon a Time in Mumbai came as the celebrity guest in the opening week of Season 3. We now hear that it will be the sensational actress Juhi Chawla who will be part of the show in its second week.

A little birdie says, "Juhi has been roped in for Kitchen Champions. It will be interesting to see the homely side of Juhi once she enters the kitchen atmosphere in the show".

nakshkikaksh 10 years ago fantastic.... wud love to watch her cookng... :D

+ 3
10 years ago WOW! soo going to watch the episodes Juhi is part of, she is an amazing actress, love her!

10 years ago WOW!GR8!!
Juhi will be a treat to watch .Prachi is horrible so fake donno why but in KC3 she is looking like a TRANSGENDER cant stand this Fakey Desai

10 years ago Wow am so happy to hear this...She has been one of my fav actresses n am glad to see her on the small screen.

10 years ago Awww Juhi is so cute I really like her. Looking forward to it.