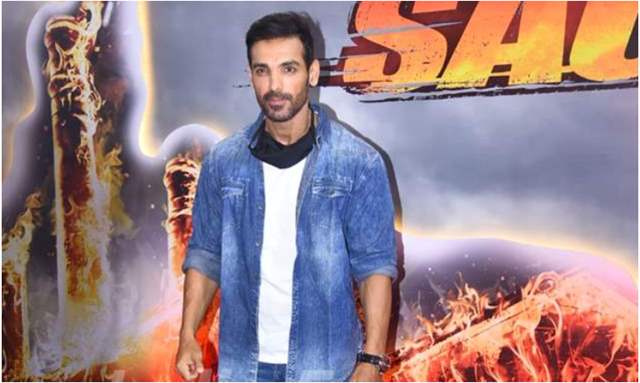 Bollywood actor John Abraham is currently gearing up for the release of his upcoming film ‘Mumbai Saga’. While the makers decided to adopt a digital route for the release of the film, John jumped in to convenience producer Bhushan Kumar and director Sanjay Gupta to prevent them from opting for the digital premieres.

“When I heard there were talks with Amazon Prime, I had a chat with Bhushan [Kumar, producer] and Gupta [Sanjay Gupta, director],” said John Abraham in an interview with Mid-Day.

While Abraham is well aware that the film “won’t make as much money as movies did in 2019,” he is confident that a big-screen release is a right move. He continued, “All theatres across the country haven’t opened, but with this film, a few more will. After we announced this film, five more movies were announced [for theatrical run]"

During a recent interaction with Mid-Day, Abraham claimed that filmmakers who aren't confident about their movies are usually the ones who 'dump' the films on OTT platforms.

The actor knows Covid-19 wraith is yet to be concluded and the infection still in the air, and his film might still not do as well as they once might have expected.

But, he added, "Let’s be honest, it’s a common industry notion that if an actor is not confident of a film, he dumps it on OTT. Almost 90 per cent of movies that opted for OTT release were bad. I am not saying this film is spectacular, but we are not worried about its failure. I won’t use the pandemic as a crutch.”

Meanwhile, on the other hand, John Abraham announced the release of his film ‘Satyameva Jayate 2’ which will hit screens on May 13. The actor recently unveiled a new poster of the film which will feature John in a double role, and the poster shows the two avatars engaged in a fight.

zara_112 2 months ago I disagree with his comment that "Almost 90 per cent of movies that opted for OTT release were bad." A lot of good movies opted for OTT