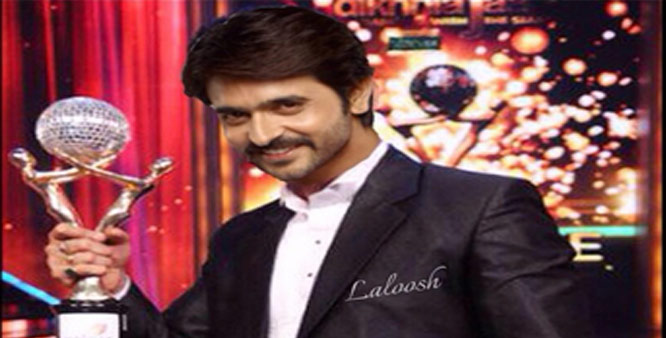 Ashish Sharma who was seen dancing on the tunes of several item number presenting some fabulous performances almost on all dance forms - be it bachata, salsa, contemporary, paso dobble et al.

Well this stellar actor after the hard work of fourteen weeks finally bags the Jhalak Dikhhlaa Jaa Season 7 trophy. While Ashish was giving up excellent performances week after week, he was also shooting for his daily soap Rangrasiya. Undoubtedly, the kind of popularity that the actor has got has played a major role in bringing home the trophy.

The actor has been a consistent dance performer throughout the season and has always received good compliments as well as good scores. Ashish holds an immense fan following after he portrayed the character docile Rudra in his popular show Rangrasiya. The actor juggled well between his shoots as well as his stint in Jhalak and his hard work and the love of his fans has made the hunk take the trophy home. He will be rewarded with a cash price of 30 lacs and Mahindra XUV along with the trophy.

This installment of Jhalak saw the first time a tie between its two contestants in the finale i.e Karan Tacker and Ashish Sharma. But as abide by the rule, the decision was taken on the number of votes that came in.

Indeed it is a happy and a proud of Ashish as well as his fans.

TellyBuzz wishes Ashish a hearty congratulations on winning the title and wishes him all the best for his future endeavors! Â

6 years ago Ashish Sharma just two more days for the ITA telecast where we can see you again rocking the stage. Can't wait to watch your performance

RR_fan 6 years ago Will you please india-forums take that photo down of Ashish Sharma, it was photo shopped and you people used it? That is so insane.

+ 4
6 years ago Waiting eagerly for your return ashish..miss u on tv

6 years ago Ashish Sharma Enjoy your vacation. Waiting for your comeback...love you

6 years ago Ashish Sharma a well deserved winner. Enjoy your holiday and come back soon.

6 years ago Ashish Sharma many many many congratulations for winning
Jhalak trophy you surely deserved to win...

6 years ago Congratulations Ashish Sharma! You proved talent and hardwork ...