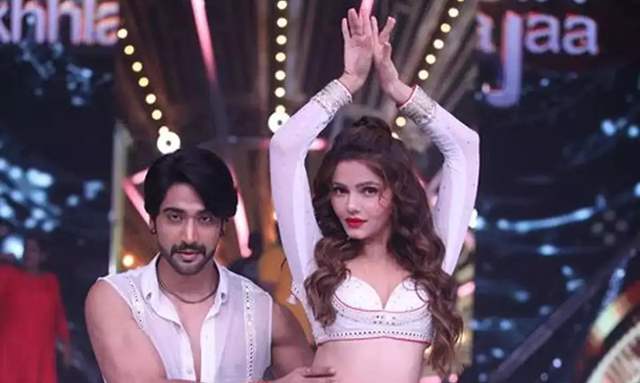 Rubina Dilaik is not only of the most popular contestants of Jhalak Dikhlaa Jaa 10 but is also scoring well. The actress is leaving no stone unturned to give tough competition and one such example is her recent rehearsal video.

A video is getting viral on social media where it is seen how during rehearsal, Rubina got injured while performing with choreographer Sanam Johar. As seen in the video Sanam falls on Rubina neck while performing an over head jump which resulted in Rubina suffering a neck injury.

Have a look at the video.

We hope she recovers at the soonest.

India’s star-studded show celebrates the ‘Diwali special’ weekend with some splendid performances packed with excitement, fun, and drama. To make the evening even more special veteran actors Arun Govil and Dipika Chikhlia, popularly known as Ram and Sita of Indian Television, join the show as celebrity guests. While the episode witnesses various mythological narratives through mindboggling acts, the show takes everyone down memory lane and reminisces over memories of watching Ramayana.

+ 5
3 months ago Get Well Soon Rubina