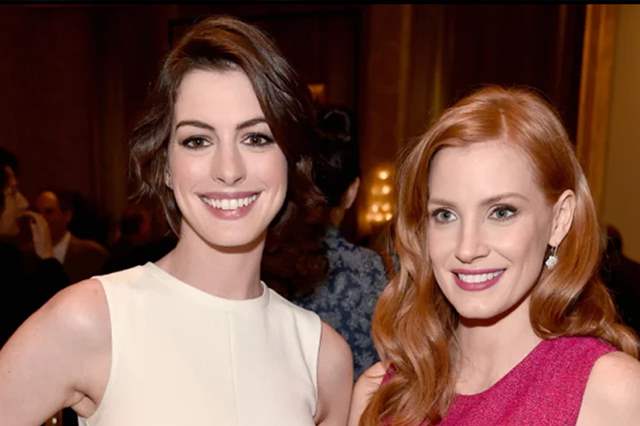 Anton is launching big saled on the big project that is - Mother's Instinct, which will be starring Oscar nominee Jessica Chastain and Oscar winner Anne Hathaway as as 1960’s housewives whose relationship takes a dark turn.

The psychological thriller will follow best friends and neighbors Alice (Chastain) and Celine (Hathaway) who both live an idyllic traditional lifestyle with manicured lawns, successful husbands and sons of the same age. Life’s perfect harmony is suddenly shattered after a tragic accident. Guilt, suspicion and paranoia combine to unravel their sisterly bond and a psychological battle of wills begins as the maternal instinct reveals its darker side.

Writer-director Olivier Masset-Depasse will helm the feature, which is an English-language remake of his 2018 Belgian movie Duelles. The film is based on the novel Derrière La Haine by novelist Barbara Abel. Writer Sarah Conradt (50 States of Fright) is adapting the English-language script.

Writer and director Masset-Depasse (Illegal) stated: “It takes actors of Jessica and Anne’s caliber to communicate the intricacy of these two roles. The relationship between a mother and child is the most powerful connection between two human beings. When this bond is severed, it calls into question conventional morality and even sanity. In the behind-closed-doors atmosphere of 1960’s America, Mothers’ Instinct becomes a terrifying, high-pressure powder keg.”

Anton Founder and CEO, Sébastien Raybaud commented: “Audiences could not wish for a more dynamic match-up on screen. Both character roles are wonderfully complex and will showcase Jessica and Anne’s incredible breadth of talent. Olivier has already proven adept at this twist on the Hitchcockian genre and we have great faith in his ability to deliver a compelling thriller.”