Star One's very popular youth based show Dill Mill Gayye, produced by Cinevistaas will see a new Riddhima from April 13th, and taking over the mantle from Sukriti Khandpal is the charming and cute Jennifer Winget. 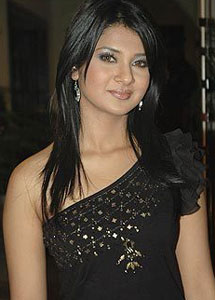 Featured Video
With this, the on screen pair of Karan Singh Grover and Jennifer whose chemistry was very much appreciated by viewers in Kasautii Zindagi Kii get together yet again to rekindle the past memories.

Talking about her entry in the show, Jennifer states, "It is great to be working with the Dill Mill Gayye team. Today is my first day of shoot, and I got a very warm welcome from the unit".

"Karan and I have been paired again after three long years. It feels nice to be working with him all over again; we have been great friends and our chemistry was very much appreciated in Kasautii. So we are looking forward to give our best", adds the new Dr. Riddhima.

Jennifer will be the third Riddhima in the show, after Shilpa Anand was replaced by Sukriti Khandpal nine months ago.

Commenting on the change in the lead character, EVP and GM of Star One, Mr, Ravi Menon said "After a memorable stint as Dr. Riddhima, Sukriti Khandpal has decided to move on from the  Dill Mill Gayye family in search of other prospects. It was an amicable decision and with her departure, Jennifer Winget is the perfect choice for being the sweet, head over heels in love and innocent girl. We're sure she'll perfectly justify the role of Dr. Riddhima."

The replaced Sukriti Khandpal had to say this when we called her. "Well, the show was not going anywhere. The only progress in the story after I joined in was that, all got to know that Armaan and Riddhima were in love. As of now, I have few nice projects in my hand, and did not want to let go of it. I have no regrets of moving ahead; I know that I have given my best and have played the character to the best of my ability. I am happy that I have in the process garnered lot of appreciation from my fans. DMG has given me all the recognition it could have given, and there is nothing more that I can gain from it. Above all, I am happy for the fans of DMG who will now get a chance to see their third Riddhima. I had no adverses with Shilpa too, and even now I am glad that Jennifer has joined in".

Talking about the apprehensions of being the third Riddhima in the show, Jennifer states, "I will take this character as a very fresh one. It is like starting a new soap for me. I have no apprehensions whatsoever, and I would try my best to keep up with the real essence of the character. I know that with me coming in, the show will do well".

Well, we just hope the viewers now get tuned in to the new chemistry of Dr. Armaan and Riddhima... 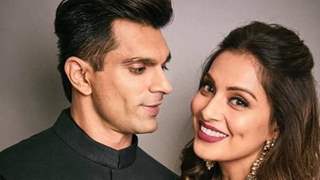 7 years ago Shilpa Anand u r our Original and best Riddhima .
Shona No one can replace you from our heart .

+ 2
7 years ago love u sukirti kandpal. you are the best u left dmg at a good time but jenny also played the role very well. above all, sukirti kandpal rocks...

Jennifer Singh Grover all the best.

8 years ago Shilpa is the Original and best Riddhima.
Original Armaan Riddhima (KaSh)

10 years ago Stop fighting about shilpa and jenni..both are my princess loved all three riddhima's...the best thing is for me is to ignore...Love you Shona,Sunshine and Jenni...They tried there best!!!!

10 years ago Hey Jennifer aka New Dr.Riddhima u r awesome in dmg and kasuati i love u plz do more shows i love u n karan u guyz look HOT! together

+ 2
10 years ago Shilpa is and will always be the only ; orginal Riddhima.
Because she made the job perfect.
Miss you loads shona.
pls come back with KARAN SINGH GROVER IN A NEW SHOW OR DMG SEASON 3

10 years ago u and sukirti wer really good as riddhima..