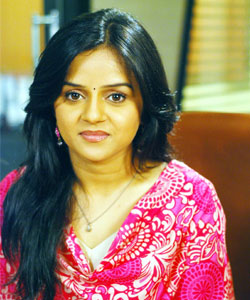 Sahara One's Rishton Ki Bhanwar Mein Uljhe... NIYATI replaced its male lead from Alan Kapoor to Sachin Shroff. It now seems like even Jayshree Soni a.k.a Niyati of the show, is planning to get replaced.

A little birdie informs, "The channel wants Jayshree Soni replaced as she would not fit the character, after the show takes a leap. The auditions for the same are on and Niyati would soon be replaced.

We also hear that it is the production which wants the actress to opt out of the show.

We contacted Jayshree Soni who confirmed, "Yes, I don't know whether I should take it positively or negatively. But it's a good decision for me too because the show is taking a leap soon. After that, Niyati would be seen with a five year old child and anyway I don't want to do the role of a mother.And on the other way, I am feeling bad because I thought I started the character of Niyati and I wanted it to end with me only. So that is something which is making me sad."

"I believe everything happens for the good and God must have thought something good for me. No doubt," signs off Jayshree.