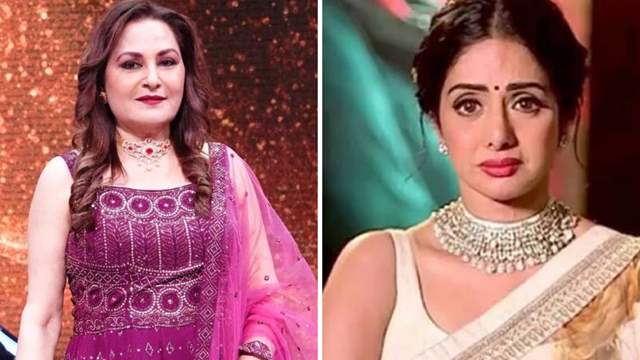 Veteran Bollywood actress Jaya Prada will be gracing the platform of singing reality show, Indian Idol 12 and will be seen sharing some anecdote on her life journey commencing from her first film to becoming the overnight star of the Film Industry.

Jaya Prada will be seen talking candidly with one of the judges, Himesh Reshammiya about how her and Sridevi's bond did not have any emotional connection despite giving huge box office hits among the legendary  actors such as Amitabh Bachchan, Rajesh Khanna, Jeetendra, Jackie Shroff and more. Further, even mentioned some surprising moments which will break the hearts of many fans.

Recalling about Sridevi and her bond, Jaya Prada said on the show:

“I am the luckiest person I can say, and it's never been that we had any personal grudge against each other but it is just that our chemistry never matched. We never had eye contact with each other even after being Perfect sisters on screen. We both competed with each other be it dresses or dance. Every single time we met, the directors or the actors used to introduce us on set and to which, we use greet each other and move ahead."

“I still remember during the shoot of the Maksat film, Jeetu Ji and Rajesh Khanna Ji locked both of us in one makeup room for an hour where they both felt that if they lock us together, we will start a conversation with each other but, we both did not even say a word and then the Super Stars of Bollywood gave it upon us.  When I got the news as she has left us in between,  it still upsets me and I miss her a lot because I feel alone and through this platform, I would also like to say that if somewhere she is listening to me I would just say that I wish we could talk to each other."

The reality singing show has three judges Vishal Dadlani, Himesh Reshammiya and Neha Kakkar. However, Neha will be missing from this episode due to prior commitments.