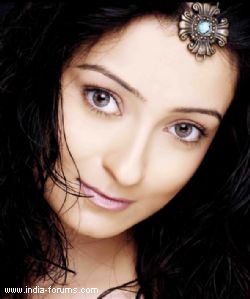 A little birdie tells us, "Jaya will in fact play the devoted wife to the male lead, who will be shown to be a middle-aged guy. He will be a rough and tough politician, who is married and has a kid. Jaya will have a powerful role to play in the show".

For the uninitiated, TellyBuzz has already reported that Rahul Singh of Zubeida fame will be playing the male lead.

We tried contacting Jaya but could not get through to her.

If sources are to be believed, a new face Kaamna Ranawat has been finalized to play the lead, that is the younger sister in the show. The hunt is still on for the elder sister who is the other lead.

We had just recently reported that Vishnu Sharma and Sonal Jha will play prominent roles.

9 years ago all the actors casted uptill now for this show r damn good..the male lead is awesome..