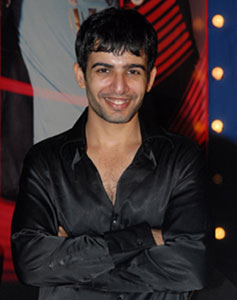 Jay Bhanushali fans were left heart broken when he quit Kayamath. But now they have a reason to smile as Jay is making a comeback in a new Balaji production show.

Balaji Telefilms is coming up with a new show called Krazy for Sony Entertainment Television. And rumours are abuzz that Jay Bhanushali is playing the main protagonist in the show. The show revolves around college going kids and Jay’s fans will get to see him in a new persona.

Jay Bhanushali who plays Neev in Kayamath had declared earlier that he is quitting the show. As of now, the track in Kayamath is precariously poised as Neev and Prachi's marriage is on the cards, with Milind, Prachi's husband(Shabbir Ahluwalia) still suffering from partial amnesia. When asked about this, Jay says, "I don't know what the creatives have planned, but I am quitting the show very soon".

Although Jay is reluctant to divulge any details about the new Balaji show and says that nothing is confirmed yet, our sources reveal that he is doing the show for sure.

All we can say is, welcome back Jay!!!

I understand y he quit Kayamath, the poor had no such role in that show that MICHI to b honest! But all is well as he's in a new show =]

14 years ago im glad that he doing another show,,i luv jay very much,,im hoping he would suprise us this time..