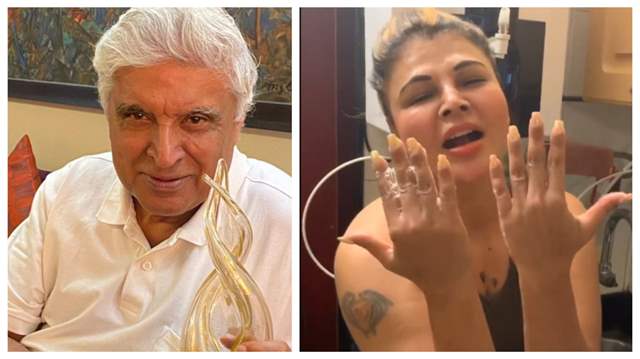 The entertainer that Rakhi Sawant is, she continues to present some of the most unthinkable instances which caters to her audience among many others. However, over the years, she has been notoriously outlandish about her claims in order to entertain - be it her publicity stunt to marry Deepak Kalal, her claims of going to China and killing COVID-19 and even doing M.B.B.S.

So, recently when she said that lyricist Javed Akhtar apparently told her that he wants to make a biopic on her, one can expect it to be not true at all. However, turns out it is true and Akhtar did tell that to her once.

Confirming to SpotboyE, Akhtar said, “No, she is right. I think some four or five years back we were on the same flight and she told me about her childhood and I  did tell her that someday I would like to write a script based on her life .”

Well, this turned out to be one of the rare instances where Sawant's claim was actually right.