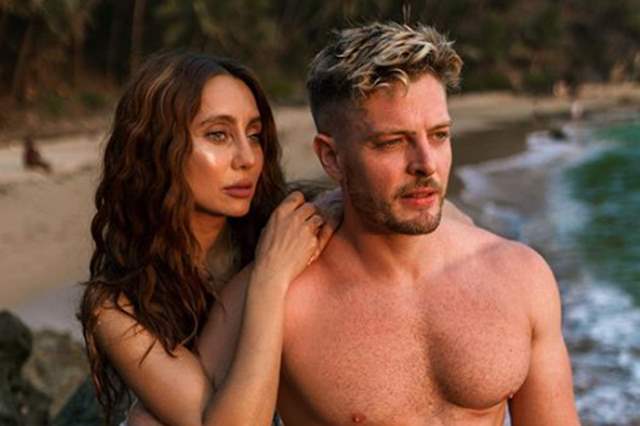 Actor Jason Shah, who has been in many TV shows like Khoob Ladi Mardaani Jhansi Vali Rani and Barrister Baby among others is in love. The actor is dating VJ and actor Anusha Dandekar for a while now. Reportedly, they met on the sets of a romantic music video shoot and hit it off instantly.

Their picture together that was out a couple of weeks ago sparked instances interest and now Shah has opened up on the same in an interview with ETimes TV. He said,  “I have known Anusha and her sister Shibani for a very long time now, but I got to know Anusha closely just a few weeks back. She is gorgeous, extremely kind and a free spirit who believes in living life in the moment. I love that about her. We have been dating for a while and life has been beautiful with her. We haven’t thought of marriage but I can say that I am falling in love with her.”

He added, “I haven’t been in a relationship for the last three years. And I have been focusing on my work. When I relaunched my sister in a music video, I was directing it and Anusha was also acting in it. That's when we met and clicked really well. I have never met someone like her. She never judges me. We are just enjoying this phase and are spending quality time together. Anusha and I also have many common friends and it's fun. There is a great cosmic connection between the two of us. Hopefully, this will only grow stronger in the future.”

As we know, Dandekar was in a long relationship with Karan Kundrra for many years before they broke up only a few months ago. She also hinted at infidelity being the reason of their break-up but none of them have openly spoken about it.