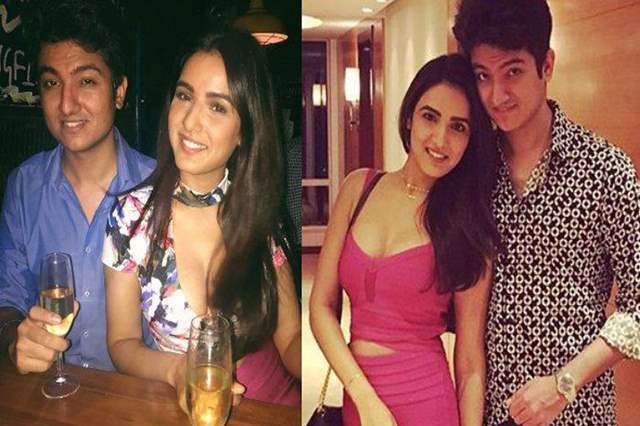 Bigg Boss 14 is certainly in overdrive now where one can finally see contestants coming out of their shells in a way and they are now going on to make an impact as various tasks have been introduced. One such contestant in this rising can be considered to be Jasmin Bhasin where she is finally showing her feisty side too along with her usually known emotional one.

Apart from Bigg Boss, Bhasin has always been in news for her love life where she continues to be linked to actor Aly Goni these days but had other relationship rumors too.

As one would remember, Bhasin was rumored to be dating Suraj Wadhwa who reportedly set up a production house. They were publicly accepted their relationship but back when Bhasin was shooting for Khatron Ke Khiladi, Bhasin posted an image saying, “Happy birthday @surajwadhwa. I wish I could be there with you to celebrate today because you are so special to me, it feels really sad to be away from you today. May you get everything that you wish for Suraj, I miss you and want you to be happy always.”

Reports suggested that they broke up later and Wadhwa was dating actor Swati Vatssa. In an interview with ETimes, Wadhwa claimed that he is single thus insinuating that he has broken up with Vatssa too. However, when asked about Bhasin, he said, "We speak only on and off," Suraj said rather diplomatically, but claimed, "No, Jasmin and I were not dating each other. We were just good friends." Added Suraj, "We are still friends but not that much in touch. You are close to some friends for only a certain period of time." When asked why the close friendship became distant, Suraj replied, "No particular reason. Work and all, toh ho jaata hai."

But he did say that he is rooting for Bhasin's victory, "I hope she wins. But I haven't seen any episode this season yet."

Asking her about Bhasin's traits, he said, "She's a sweet girl. She doesn't pick up fights and is not argumentative either, from as long as I know her. She's very straightforward as a person. So, she's a fighter in that sense. If these skills are needed, I am sure she will go all out and put her best foot forward."