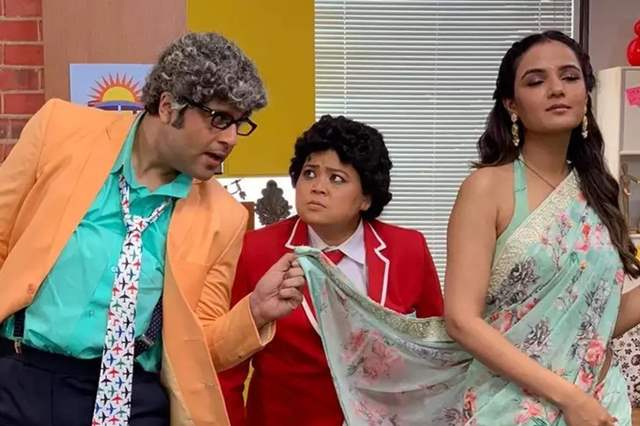 We are just over a day away from the return of new episodes of returning shows and we can certainly say that the excitement for the same is at its max. Amidst this list is new shows too and one of them is the comedy project, Funhit Mein Jaari from comedy couple, Haarsh Limbachiyaa and Bharti Singh.

We were the first ones to report that actor Jasmin Bhasin has been roped in for the show. And now, Bhasin opened up on her experience of collaborating with the comedy duo after having worked on Khatra Khatra Khatra earlier.

"It's good to be back with a show like this. I have worked with Haarsh and Bharti before and they are extremely talented people," said Jasmin, who had worked with Bharti and Haarsh in the show "Khatra Khatra Khatra".

Talking about the new project, she said: "We are playing different characters in this show. Interestingly, I am playing Bharti's mom in the show. Fictional comedy is new to me as I have done non-fiction comedy before. Gags for two to three minutes are fun and it's a learning experience."

Krushna Abhishek will be seen as a school principal. What do you think about the same? Leave in your comments below.

Mahima Chaudhry Reveals Being Bullied By Subhash Ghai; Only ...
7 minutes ago

Sanjay Dutt Diagnosed With Lung Cancer Stage 3; To Fly To ...
42 minutes ago