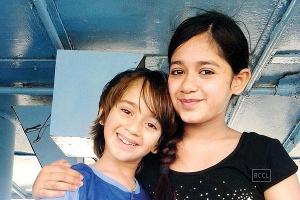 There have been a lot of news around in the media of a new channel Epic and also much been speculated as to when will the channel launch.
Well, here TellyBuzz brings to you another exclusive piece of news.

Jannat Zubair Rahmani who was last seen as a young PhoolKawar in Sony TV's Bharat Ka Veer Putra - Maharana Pratap produced by Contiloe Productions will be seen in a new show on the new channel Epic.

Harsh.Garg 6 years ago this is very updated details added here, love to read about it, i also read some fabulous news about this show on ItsMeBro.com

ifsaal044 6 years ago Would love to see Jannat Zubair Rahmani in another show.

.antara. 6 years ago jodha akbar is good show.. ayan is so cute as salim and his scenes with rajat tokas r so so fantastic.expect more

rohinijasrotia 6 years ago Jannat u were superb as rajkumari phool kanwar rathode in bharat ka veer putra maharana pratap...we all miss u in the show...