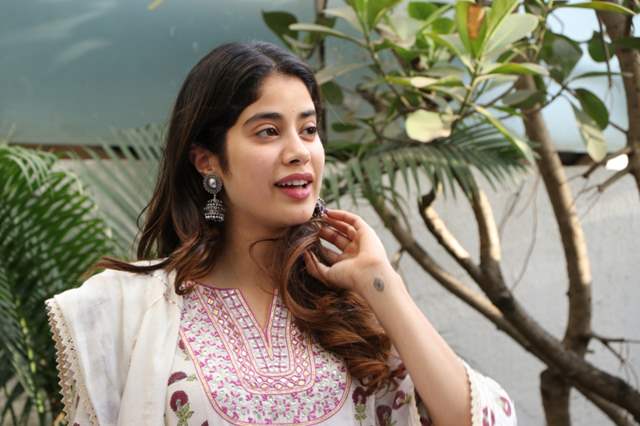 Bollywood actress Janhvi Kapoor will soon be seen in the upcoming Hindi black comedy crime film, 'Good Luck Jerry.' Deepak Dobriyal, Mita Vashisht, Neeraj Sood, and Sushant Singh will all play pivotal roles in the film, which will be directed by Sidharth Sengupta and produced by Aanand L. Rai. Having said that, Janhvi was previously spotted in the city filming for the project.

Janhvi can be seen in the photos acting out a scene in which her character is required to talk on the phone.

She is dressed in an all-blue outfit that includes a printed kurta, patiala, and chunni. She looked lovely with her hair tied in a braid along with a nose pin. Aanand L. Rai was also present on the set, supervising the shot.

Good Luck Jerry is directed by Siddharth Sengupta and backed by producer Aanand L Rai. It is reportedly a remake of a South film. Janhvi will be seen in the lead and previously, it has been shot in parts of Punjab and Chandigarh.

Besides this, Janhvi will also be seen in Mili. The film is directed by Mathukutty Xavier, who had directed the original Malayalam film back in 2019.

The film also stars Sunny Kaushal and Manoj Pahwa and is backed by Janhvi's father Boney Kapoor. It marks her first collaboration with her father. Apart from this, she also has Mr and Mrs Mahi with Rajkummar Rao. 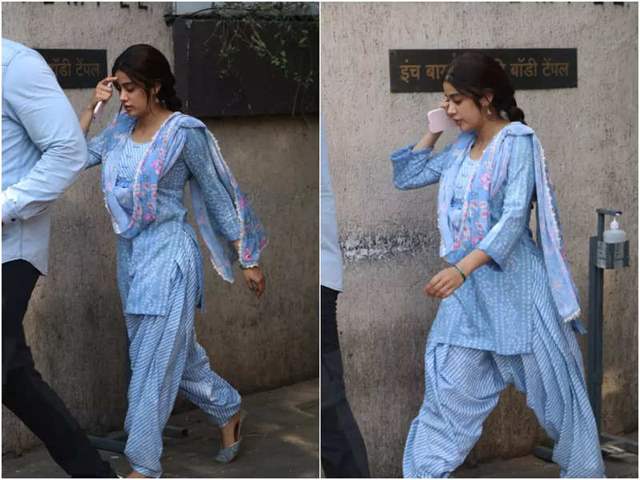 The actress also has ‘Dostana 2’ in her kitty along with Karan Johar’s passion project ‘Takht’ where she will be co-starring Kareena Kapoor, Vicky Kaushal, Anil Kapoor, Bhumi Pednekar, Ranveer Singh and Alia Bhatt among others. She was last seen in ‘Roohi’ alongside Rajkummar Rao and Varun Sharma.