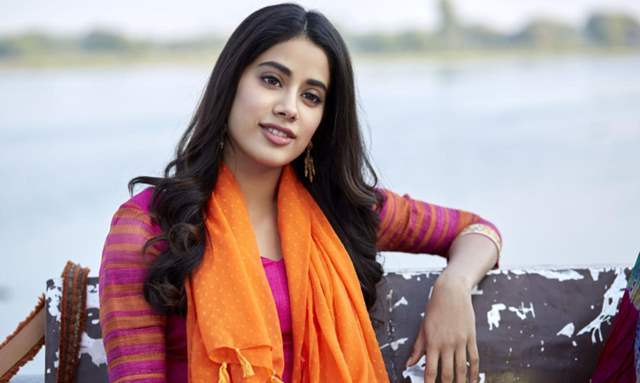 Janhvi Kapoor is all set for her upcoming film Gunjan Saxena: The Kargil Girl. However, she has repeatedly been criticized for having a filmy background. The actress receiving flak from netizens isn’t a recent phenomenon and she decided to clear the air before the release of her next release.

With just one film old Janhvi saw a lot of flak from netizens recently. During her interview with Hindustan Times, Janhvi said “I haven’t made my peace with it,” as she spoke about being forced, again and again, to prove herself. “But the sentiment has been fuelled and amplified in the last month,” she said. “I hope it’s not something that I have to deal with every release.”

In the last few weeks, many Bollywood celebrities were subjected to trolling after the Insider vs Outsider debate has once again reignited on social media. The death of Sushant Singh Rajput has stimulated fans to raise their voice against the injustice against newcomers or outsiders. Similarly, Janhvi, the daughter of the late screen icon Sridevi and film producer Boney Kapoor was bullied because a vocal corner of the internet believes they’ve robbed ‘outsiders’ like Sushant of their deserving place in the industry.

Addressing the same, the Dhadak actress said, “I’ve kind of fast-tracked into this system already.” Janhvi also admitted “I’ve skipped many steps that many people have had to fight for. I’ve gotten chances that many people wouldn’t have gotten easily. I’m here already through a much easier route than most people have had. So from now if the journey is a little bit of an uphill climb and it’s a little bit harder for people to accept me then I’ll accept it. If I’ve skipped a certain portion of the journey that people are subjected to then this is my journey from here on, and I’ll embrace it.”

The film also stars Pankaj Tripathi who is considered to be one of the most talented actors who has entered Bollywood with sheer determination and skill. Defending the film and Janhvi, he said, “it is not OK” for people to have been so quick to judge Gunjan Saxena. “Right now, it is as if the book is being judged by its cover,” he added.

Janhvi as Gunjan Saxena sets on a mission to make her father proud and carve a niche for herself in the defense forces which was highly dominated by men. In spite of not having women's toilets and other facilities, Gunjan never gave up and went to Kargil to fight for her country. She became the first Indian female pilot in combat.

The makers have decided that Gunjan Saxena: The Kargil Girl will stream on Netflix from August 12. Directed by Sharan Sharma, the film was supposed to hit the screens on April 24 but it was pushed forward due to the COVID19 pandemic.