New Delhi, Dec 9  Jai Kalra has ended up recieving more fame through his small screen stint as Vikran Shergill of 'Bade Acche Lagte Hain' than he got through 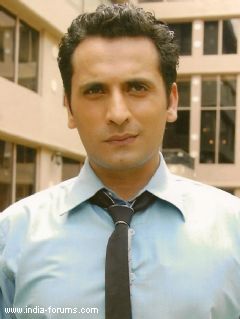 his Bollywood debut, 'Page 3'. The model-turned-actor is only referred to by his on-screen name these days.

Jai, who plays the role of protagonist Ram Kapoor's closest friend in the Sony Entertainment Television show, says wherever he goes, people call him Vikram.

On a recent holiday with his family in Goa, he experienced the identity crisis.

'Any public place that I visit now, I am called by my screen name. In Goa, even the hotel staff addressed me as Vikram thinking that it's my real name. It happens so frequently now that I have automatically started responding to it,' said Jai, who played an aspiring model in 'Page 3'.

CrystalSaya 8 years ago very good actor indeed...looking forward to his next serials...

saisamanvi 8 years ago the success of Balh is based on two beautiful reasons one is Raya's chemistry and second one Ravi's friendship... love u vikram
balh rocksss

leo4ever 8 years ago i love vikram and rams scenes, i feel he is an awesome dost nad a great choice by ekta

Howlarious 8 years ago Its Vikram not Vikran in the second line, sort it out.

TheRoopsy 8 years ago Vikram is one of the finest actors in BALH...I hope Vikram-Neha are still an important part of the show as RaYa and ViHa's friendship is beautifully portrayed by the couples...such friends are biggest asset in life:-)

loveraya 8 years ago at present days friend like vikram hard to get but ram is lucky to have such a best friend like vikram...vikram is best actor in balh ravi's friendship inspiring many people in real life also...love u vikram

mishti_17 8 years ago Loved him in Bhaskar Bharti.. And he is doing a great job as Vikram in BALH..