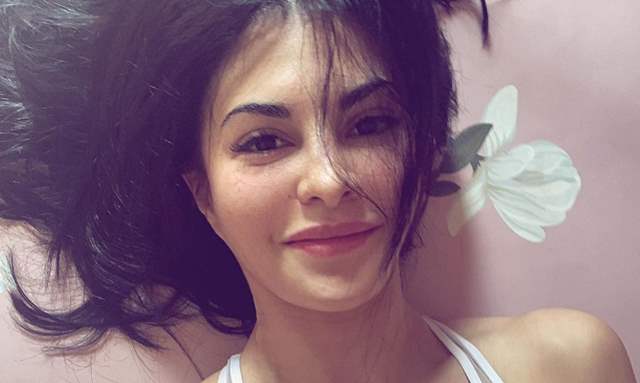 Jacqueline Fernandez has welcomed the new year on the sets of her upcoming film Cirkus. She is always in a happy and cheerful mood and her recent post is in line with the positive attitude that we know the diva for.

Jacqueline Fernandez took to her Instagram to upload two simple yet beautiful picture in a white top, accompanying the photo the caption read, "Have a great day everyone! Stay healthy and happy!" With a simple selfie and one selfie with hair over the face, Jacqueline looks to be in a playful mood herself.

Jacqueline is very active on social media and keeps her fan up to date with all her whereabouts and upcoming announcements. She won't be short on content anytime soon with having 4 releases this year it will be a busy year for herself and her fans. Jacqueline has been shooting back to back for quite a while now.

With 4 pictures with big banner production houses, Jacqueline is set to leave her mark on 2021. Jacqueline spent her Diwali and Christmas on the sets of 2 of her 4 upcoming films. While Bachchan Pandey and Kick 2 pairs her with familiar faces, Bhoot Police and Cirkus have her co-starring with Yami Gautam and Arjun Kapoor for the first time and Cirkus brings her together with Ranveer Singh and Rohit Shetty.

After completion of Bhoot Police shoots, Jacqueline is now shooting for Cirkus. Other than this Bachchan Pandey and Kick 2 will make it film number 3 and 4 for her. The diva is set to steal our hearts yet again by taking 2021 all for herself with 4 big releases.

Jacqueline Fernandez gives us a glimpse of her in-flight scenes while ...

Jacqueline Fernandez is oozing hotness in her new Ballerina photoshoot

Jacqueline Fernandez was intimidated and nervous; Recalls times from ...