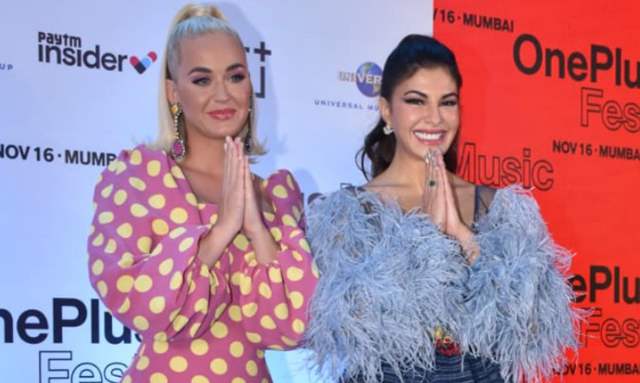 Jacqueline Fernandez took to social media to share her fan moment with Katy Perry who is visiting India for a music festival. Jackie was delighted to accompany the singer who said she wants to watch Kick on her first evening in Mumbai.

Jacqueline shares in an interview, “She is very interested in Bollywood and in watching a couple of movies. When she asked me to recommend one, I suggested Kick. It’s really sweet that she wants to understand the culture and immerse herself into some Bollywood films."

“I’m sure Jacqueline is going to take me shopping, eating,” Katy Perry said, adding, “I’ve always looked at Mumbai as a destination I really want to be at... And I’m excited to indulge in all things Indian.” 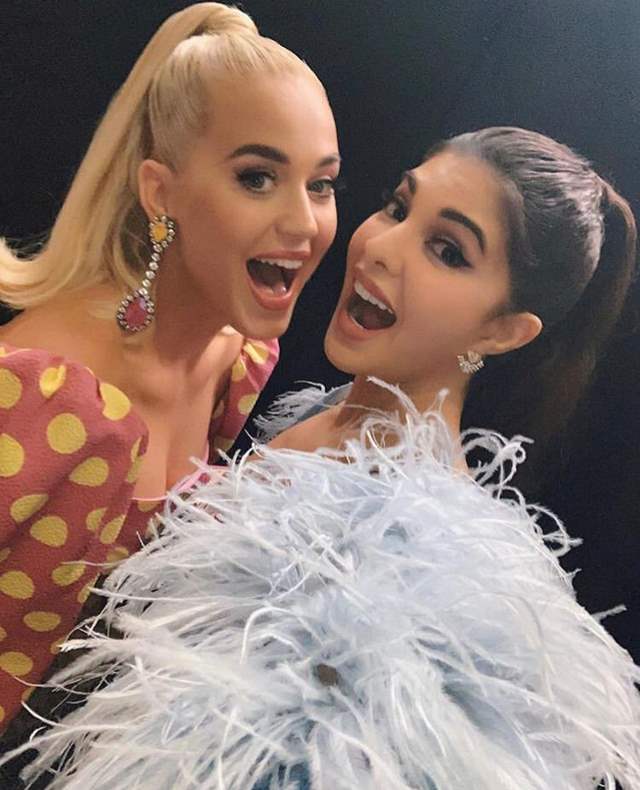 Jacqueline promises that whenever the singer gets some time, they will go around the city. “I would love for her to try some homemade Pani Puri. Since she has a performance on November 16, I don’t want to feed her anything that can upset her stomach. I’m going to be very cautious if I take her out to eat anywhere,” she was quick to add.

Denoting her on her favourite Katy Perry song and she picks “Roar” for its “motivating and inspiring lyrics” and that it is a mood lifter. Given a chance would she want to share the stage with the internationally famous singer?

“That would be awesome, to actually share a stage with someone so iconic. She’s an amazingly talented performer and entertainer. We have something in store for the show, but we will keep that a surprise for the moment,” Jackie signs off with a laugh.

On the work front, Jacqueline's latest movie Drive was recently released on Netflix and she is all set for her movie Ms. Serial Killer to release on the same platform. The actress will also star in Salman Khan's Kick 2 which will be directed by Sajid Nadiadwala.

Jacqueline Fernandez shares Workout Tips amid Lockdown for her fans; ...

Jacqueline Fernandez talks about the Positive Side of the Lockdown, ...

Jacqueline Fernandez: It is Not Easy for Me to Confront People; ...

Jacqueline Fernandez opens up about honing her skills during the ...