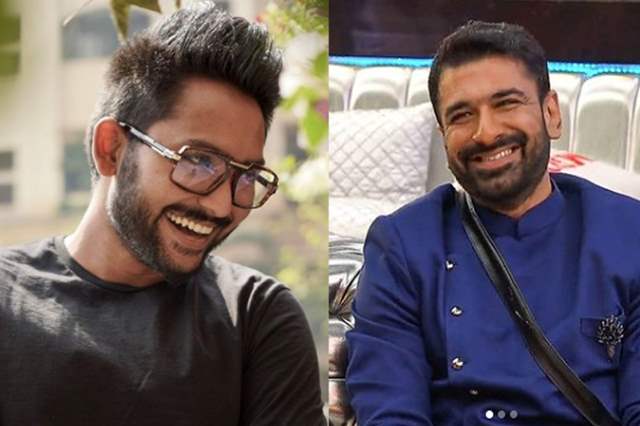 If there was one moment that was especially shocking apart from Jasmin Bhasin's eviction a couple of weeks ago - it was the sudden exit of Eijaz Khan. The actor, as we know had to exit the house owing to prior work commitments but there has been a constant buzz that he will be re-entering the show soon.

However, still outside the house, Khan went on to talk with his co-contestants, one of them obviously being Pavitra Punia and the other is Jaan Sanu. The singer formed an amazing rapport with Khan and considers him to be his big brother.

Talking with Times of India, Sanu opened up on what conversation he had with Khan and about his return. He said, “I did a video call with him and asked him when he would be going inside again? He told me he too can't wait to go back. He will return to the house as soon as he is done with his shoot outside."

When further asked about his relationship with Nikki Tamboli, he said, “Nikki and I had a beautiful relationship in the house. It was nice as long as it existed because later some baseless allegations pushed me away from her. My relationship with her was shown as a love angle on screen, and my friends and family were shocked to see what was happening. Since they know me well, they were wondering what was happening. But it was just friendship. What we do inside, only one per cent of it is shown on the screen."

We wonder if Sanu and Tamboli will reunite once the show ends.