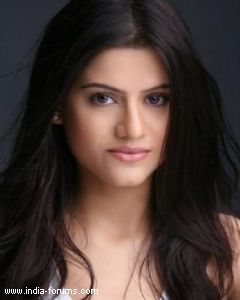 The sweet and bubbly Rishika Mihani talks about her upcoming show, life, love and much more.

You were last seen in Imagine TV's "Beend Banoongaa Ghodi Chadhunga" and soon to be seen in Sony TVs 'Love Marriage ya Arranged Marriage.' Tell a bit about the differences in your roles?

In Beend I played the male protagonist's sister, the spoiled girl from a rich family, who gets married after her family gets to know about her acting dream. The concept of that show was totally different and I was promised a big track but was surprised after a while when I saw how they portrayed my track. "Love Marriage Ya Arranged Marriage" is completely different from my previous show. I am playing the character of Shivani who is a bubbly, chirpy, vivacious kind of girl and a feminine too. She believes in love marriage, so this role is very important and I feel I have a huge responsibility on my shoulders. The story is about Shivani's belief, her life, her friends, her love etc.

You are doing a movie opposite Vir Das, how was the experience?

I shot for a day but because of date problems, I couldn't finish. Working with Vir even for a day was good. He's a professional.

Not many know you have a sister Muskaan Mihani who is also an actress. Do you take advices from her for your roles?

Yes she is my elder sister. She is the one who motivated me to get a portfolio. I said, "No I can't do it" and she said, "Fine, don't if the pictures won't come good." I got the portfolio done and the pictures came good and I also got good response, so I started going for auditions. She keeps explaining me the stuffs and I take advices from her before doing anything which is related to work. She has given me too many lectures over the years and I am glad that she did.

One current role 'on-air' you want to do?

For now I want to concentrate on playing Shivani. I want to give my 200 percent in this show and about other roles, I'll think later. Now I am putting my heart and soul in this show.

If not an actress, then?

I used to fly for kingfisher Airlines. Flew with them for a year or so, left overnight without thinking because got tired and bored of the monotonous job and yes the politics!

I would like to have the power of reading minds. I never want to be invisible.

I am good at handling difficult people, but it's very tough to handle me when I become difficult.

Which is worse - failing or never trying?

Never trying! Atleast by trying you have the satisfaction of working hard and trying, if then you fail it's your destiny. Then you should move on and do something else.

True love according to you is?

In today's time, you can expect and get true love only from your family. Love comes with conditions nowadays.

yipee 8 years ago good luck to her for the role of shivani...surprised to know she is muskaan;s sis

RadhapriyaG_01 8 years ago Thanks for the interview...have high hopes too from this show---after all Ashish is acting!

Gagani 8 years ago so happy for her bagging lead role. This show will rock.good production house, star cast and lead actors.thankgod dekha ek khwab going off air.rishika mihani all the best for your show. you will rock. i want this show to be in TOP 10, and to be award winning show.

abhilan97 8 years ago Have high hopes form the show...Dekha Ek Khwab was awesome...matching the level of this show is not easy...good luck!!!

gucciamor85 8 years ago we alredy had shows in the past regarding this concept...since its from sphere so expect something different...8:30 pm is a highly competiting slot...all the best

amnasmily96 10 years ago so sweet!!! its frm their fanta interview!! so shwweeetttt and cute!!