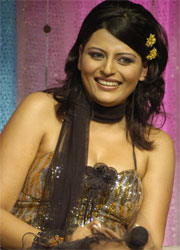 Prriya Arya was the ‘perfect’ guinea pig for trial and errors in Sahara One’s Saas V/s Bahu since hers was the very first shoot of the show!!! “We ended up shooting for really long hours, day and night, and all the experiments were on us. And I’ve been told that we were the sweetest and most cooperative lot”, sighs Prriya. After this, came the ‘slip and a miss’ and in Prriya’s case, she fell down four times in a single day!! “I had a bad fall in the bathroom in the morning. Then I fell while getting out of the vanity van, where I just managed to save my head. Then I slipped while getting on the stage for my performance and the final fall came when I was performing on ‘Jawaani Jaaneman’..”, says the actress. And to top it all, it was her birthday on the day of shoot!! “Yeah, it was nice to start the show on my birthday and after pack up there was a little celebration and I cut a cake and stuff”, says she. 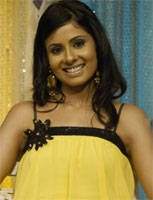 Dancing may not come very easily to Chhavi Mittal, but one thing is for sure, her experience on another reality show Sahara One’s ‘Jhoom India Jhoom’ has made her better prepared for the channel’s new show ‘Saas Vs Bahu’. Though dancing and singing have absolutely nothing in common, Chhavi is prepared for the judges’ comments and criticism. As she says, “Judges’ criticism and harsh comments is part of the business for them and for contestants also. And yes, the experience in Jhoom India Jhoom has made me better prepared to handle the criticism on Saas Vs Bahu. You can’t get bothered by it; you either take it or leave it.” Looks like the experience has made Chhavi wiser! 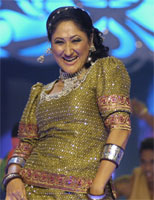 Jayati Bhatia had her task cut out during her introductory act in Saas V/s Bahu as she had to perform on ‘Chadti Jawaani’ , a song made famous by the judge Aroona Irani. A tense Jayati was made to feel at ease by the lady(Aroona Irani) herself when she narrated an incident wherein the great Helen used to give her tips and calm her down!! Jayati’s performance stunned Aroona as she said, “I didn’t expect this from you. You reminded me of my younger days”. And that’s not all; Jayati pulled Aroona to dance with her, and the veteran obliged. "Her expressions and latka jhatkas even at the age of 60 are unbelievable. It’s like ek taraf 30 Saas Vs Bahu contestants aur doosri taraf Aroona ji,” says Jayati.

Jaslove 12 years ago wow, can't wait till it airs here in USA, wish all the contestants best of luck....

good luck to all of them.

*Shruti* 12 years ago SVB is a nice show. Looking forward to their performances!!

talkativetaurus 12 years ago i think the 2nd week saas will do good job ..

jayati is a good dancer, seen her dance in the past too

wishing all the saas bahu's all the best for this week