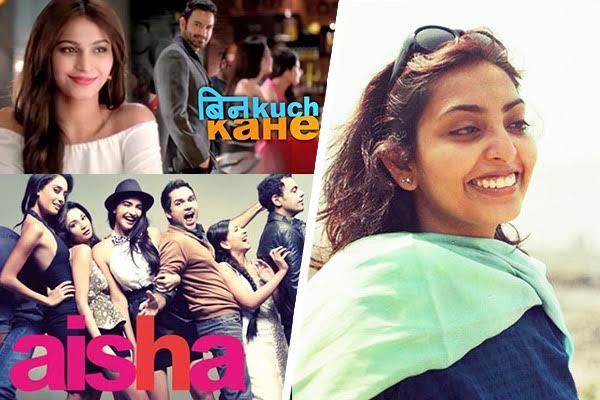 Rajshree Ojha can easily be termed to be a director with a difference. Being a part of the industry for a while, her films have always exploited the untapped elements prevalent in the society.
To her credit, she has a film like the Sonam Kapoor starrer, Aisha which gave the industry of Bollywood a new approach towards viewing the Fashion industry and also gave a real insight into the lives of the high society of metropolitan cities. Even before Aisha, she made her directorial debut with the film Chaurahen and has won the prestigious American Film Institute's Spirit of Excellence Award for Outstanding Direction. She also went on to direct the segment titled Biryani in the multi-starrer film X: Past Is Present.
Rajshree Ojha has now ventured into the Hindi television space as a producer with the show, Bin Kuch Kahe which telecasts on Zee TV. The show is about three sisters and their journey in a dysfunctional family, head by a troublesome mother. Ojha believes that her 157 episode-long daily soap will bring a welcome change that'll make the critics view the space in a more respectable manner. To achieve the same, she has conceptualized and worked with her team for more than a year.

How has your journey been in the industry as a whole? Usually, people follow the transition from TV to films, but you have done the opposite. Can you provide a brief insight on the same?

The journey has just begun and I am keeping my fingers crossed! Nevertheless, it has been fun with a lot of learning and I have made some great friends and good associates. It's been a mix of good and bad, meeting interesting people where some you will take along and some you never hope to see again as you walk towards your destination; that's how it has been for me. So to answer the question as a whole, it has been a good journey so far.

Talking about the medium, I don't care for that to be a factor as it's the story that matters. Some stories need to be told on the larger canvas and some are suited for the small screen. For me, television is a huge medium that reaches to millions with varied tastes. To reach out to them and make them watch your content is an art in itself. And this is how I thought to give the medium a try and I chose to tell this story on TV.

Having said that, I feel Indian TV is a bit stuck in the formula zone. I think things will change and people will demand better stories rather than the quintessential soap operas only. 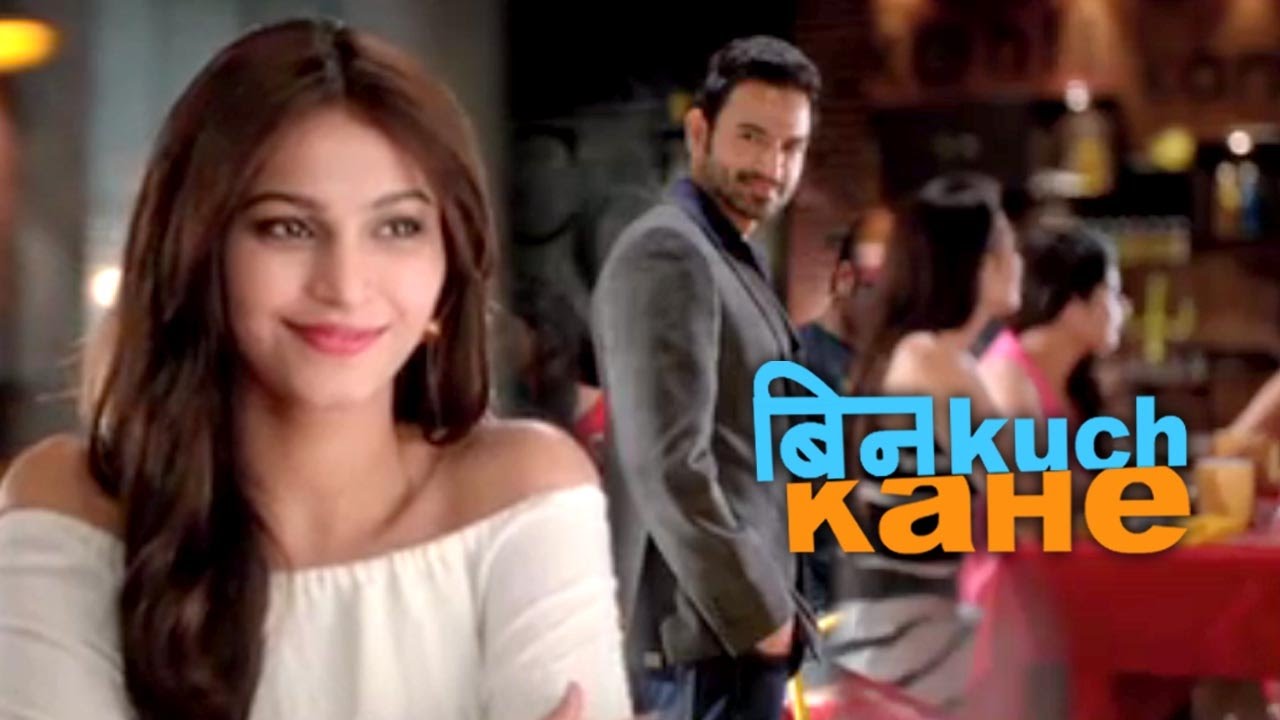 Film production is still seen as a superior practice in our country as compared to that of television. Whereas, television is a much bigger vertical. What do you have to say about that?

Films are made with bigger budgets, lesser days and with bigger actors. The stakes are way higher and therefore the quality can be termed superior. Also, do remember, the amount you pay to watch one film on one ticket is the same amount you pay for a month of box-fee and watch whatever you like for television. Films have instant gratification whereas, on TV, the show grows with time. In layman's language, when you're watching a film, you have made the choice to be stuck in a dark room for 2 hours and pay 500 rs or more for a ticket and dedicate complete concentration to that story. With TV, you can change the channel and come back to it at your convenience and you can also do your chores while watching it. Furthermore, you can watch it on repeat if you miss it.

Films need to keep you gripped for those 2 hours or more and make you feel for those characters, plot etc. TV lets you breathe, then slowly but steadily makes you fall in love with characters and then you feel like family. The above-mentioned factors are what makes a difference, according to me. 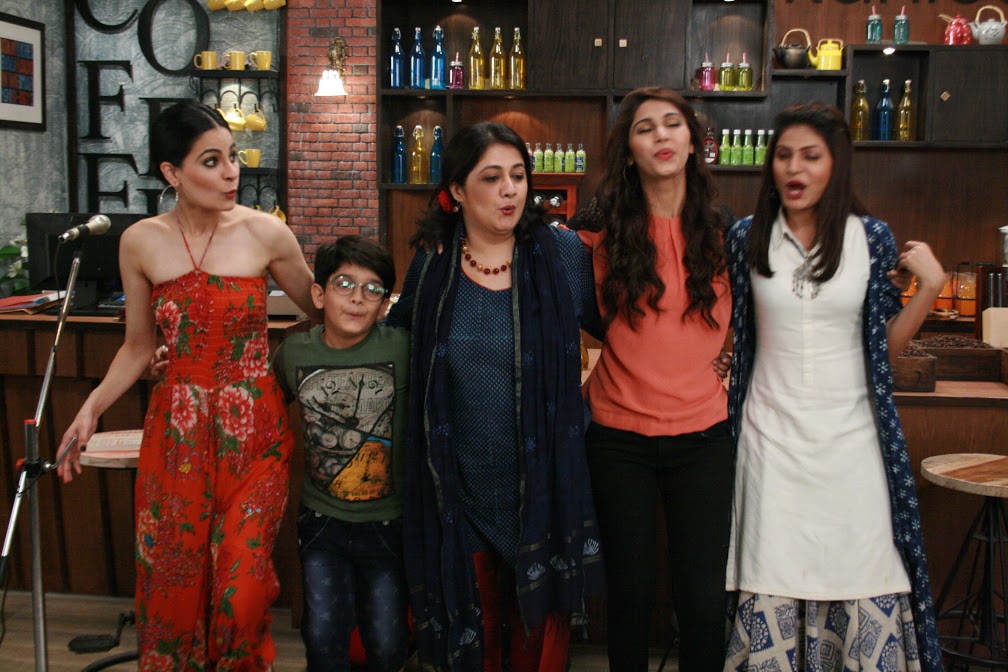 Filmmakers have a totally different take on the style of story telling while television works in its own manner. Now that you are exploring both, how did you manage to cover that?

For filmmakers it's a visual medium which is sight and sound! We like to take shots and make the art beautiful. Costumes become important and sound design is an element as mis-en-scene means something to filmmaker. I have tried to bring all this to my show with the best of my ability. However, TV has its own rules and credentials. Also, filmmakers tend to be more subtle than presenting over the top drama usually. I brought those same things to my show and my storytelling is a bit real, unlike other soap operas.

What are the elements of filmmaking that you have implied on television and how has it turned out to be?

I like character driven stories rather than a plot. So, for me, the challenge was to bring that to television. As a filmmaker, I make you fall in love with the character and make you experience the journey the character is on. I have had lots of debates on this because people say television is all about plots. But I wanted to bring something different on Indian TV, therefore, I chose to make the character's journey more important. In my show, the protagonist's internal struggle, her choices in life become the story rather than the plot. I also feel humor in life is important so I tried to blend drama with humor which is rarely seen on Indian television these days. I feel that's why the show is a bit different from the rest and acts a clutter-breaker. I have also tried to keep it stylish by making it marry with reality. 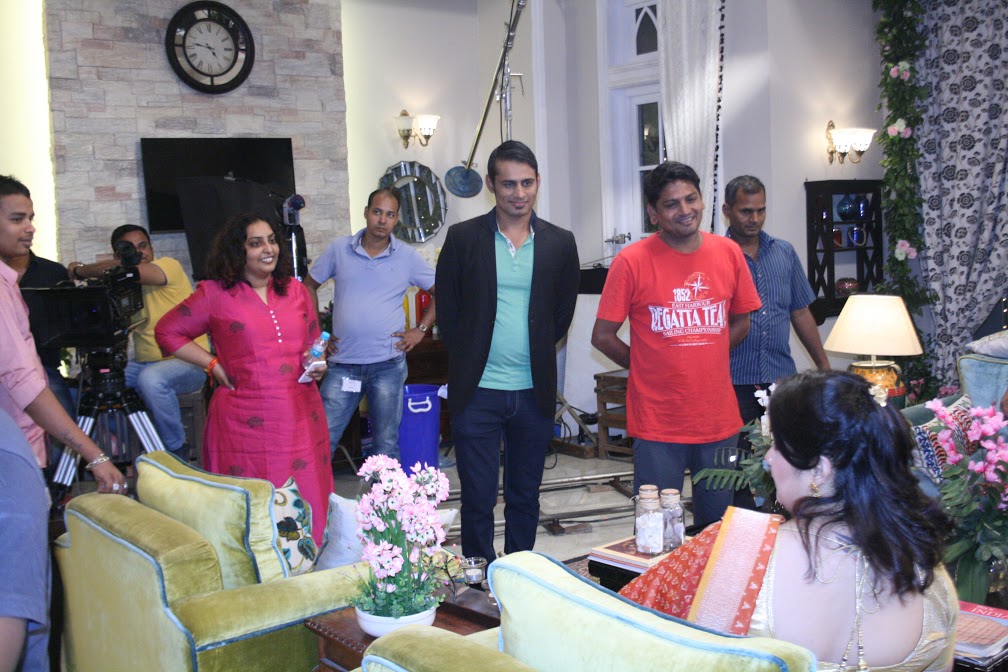 TV content is criticized time and again. Now that you have come up with a novel show, what do you feel about the scenario?

TV content needs to improve. Period! But is there an audience for good shows? I don't know, to be honest! The creators or the channel have very little or no say in the content because it's the audience who gives the numbers for makers to sustain. Therefore, the content on TV is what the people of India have chosen to see.

The urban audience has adapted to the changing medium of viewing shows where they are moving towards their computers, phones etc. Therefore, people who are watching TV are totally different from the audience watching digital. It's like in the 70's when TV replaced radio and radio programs got worse. The same thing is happening with TV but  TV is a huge medium and it will change again for better as the audience will change.

In terms of making, TV deadlines are very different from films. How do you differentiate both of them?

When it comes to TV, it is extremely stressful and crazy and also very demanding. I did not face this everyday-craziness completely because I pre-shot my series. But still, I faced the deadlines and we did go down almost five episodes in the bank once. In films, you have final cut and its done, in television it's an ongoing process and everyday is a deadline. 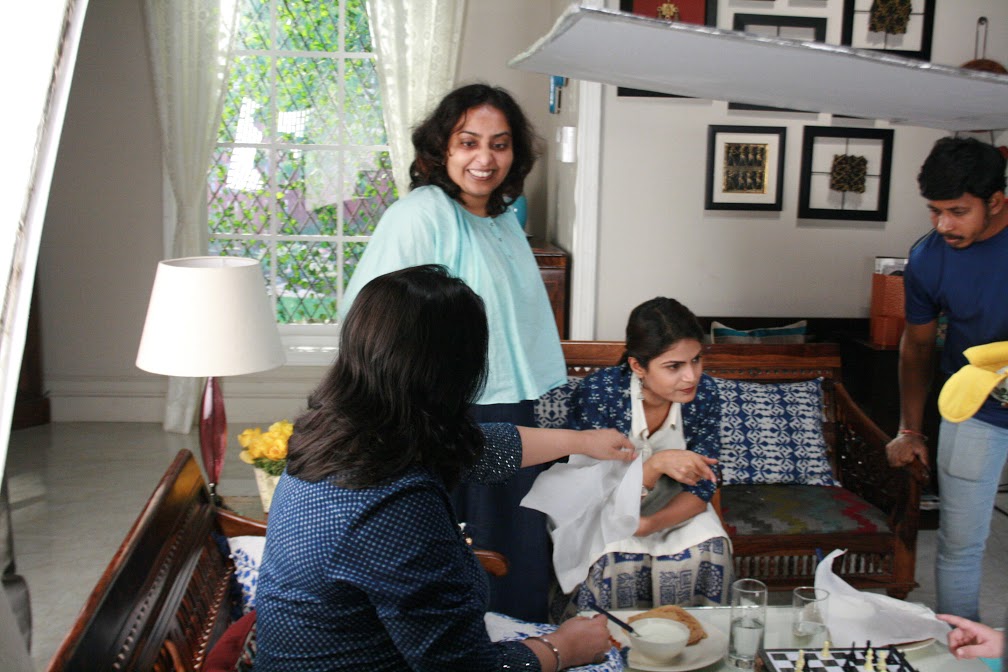 What are your further plans in television and films?

I am pitching one literature based show and one contemporary historical show. Let's see what happens with both of them. As for films, I have my heart set on this one script which I will make soon. I have a producer attached, so all looks good.

BinKuchKahe. 3 years ago Lovely read. Thank you Rajshree Ojha for finally bringing a good dramady on ITV. Much needed. This show will always be remembered.. very sad that its ending soon.

sun2011 3 years ago Rajshri Otha thanks for giving bin kuch Kahe - and the beautiful cast and crew - kudos to the story, natural acting and pace. My mom who is 71 and I at 49'love this show and never miss a single episode.

-Yanna- 3 years ago Rajshri Ojha Thank you for giving a classic show like Bin Kuch Kahe ! Enjoying it

Rishina Kandhari talks about resumes shooting, her perfect ...
9 minutes ago

Ye Rishta Kya Kehlata Hai: Kartik to take care of his ...
20 minutes ago

Sushant Singh Rajput fans gear up for a second round of ...
20 minutes ago

Sushant’s Brother-in-law Messaged, ‘Please Keep My Wife Away ...
30 minutes ago

Tinaa Dattaa to make her digital debut with 'Naxal'!
44 minutes ago