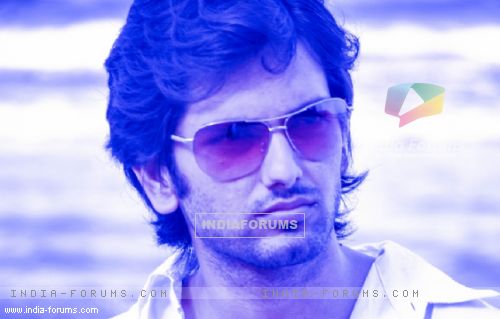 Dashing actor Rahul Sharma who is currently seen as Raghav in Shashi Sumeet Mittal's recently launched show Ek Rishta Aisa Bhi on Sony Pal feels happy with the the way his character is shaping up in the show. Rahul, who was last seen as Akash in Star Plus' Ek Ghar Banaunga is enjoying playing the character of Raghav who is very different from Akash.

TellyBuzz spoke to Rahul to know more about his experience playing Raghav, working with his co-star Preeti and much more in this conversation with TellyBuzz...

Talking about his experience of playing Raghav so far, Rahul told us, "The experience has been very good so far. Our director Maan Singh is working very well on every character. The tracks related to so many sisters can be irritating at times with too much of talks and dialogues but here it is not the case. The story has been written very well with dialogues.

We quizzed Rahul about his character and we also asked him about the difference between Raghav and the character of Akash which he played earlier. He said, "My character is very different from Akash. People who are watching the show do not know me as Akash, they know me as Raghav only. The difference between Raghav and Akash varies according to the character as Raghav is subtle whereas Akash wasn't, Akash wasn't a city guy but Raghav is, Akash was responsible but Raghav is not; he is chilled out about everything. It's nice to do a different character from what I did earlier. I would like to thank my director and the creative team for this character. I can relate to this character. If I will become subtle then I would do the same as what Raghav does."

So, how is he finding working with Preeti Chaudhary? Rahul answered, "She is a nice co-star to work with. She is a grounded and sweet person. I am loving working with her as her co-star."

We wondered if there is anything which interests Rahul other than acting. When we questioned Rahul for the same, he shared, "I am not getting enough time out of my shooting schedule for anything. I would like to travel to Ladakh with my family and enjoy doing some photography there."

Pirated_Fun 9 years ago Works on ur expressions ...U have same expression in every film ... Rather every scene