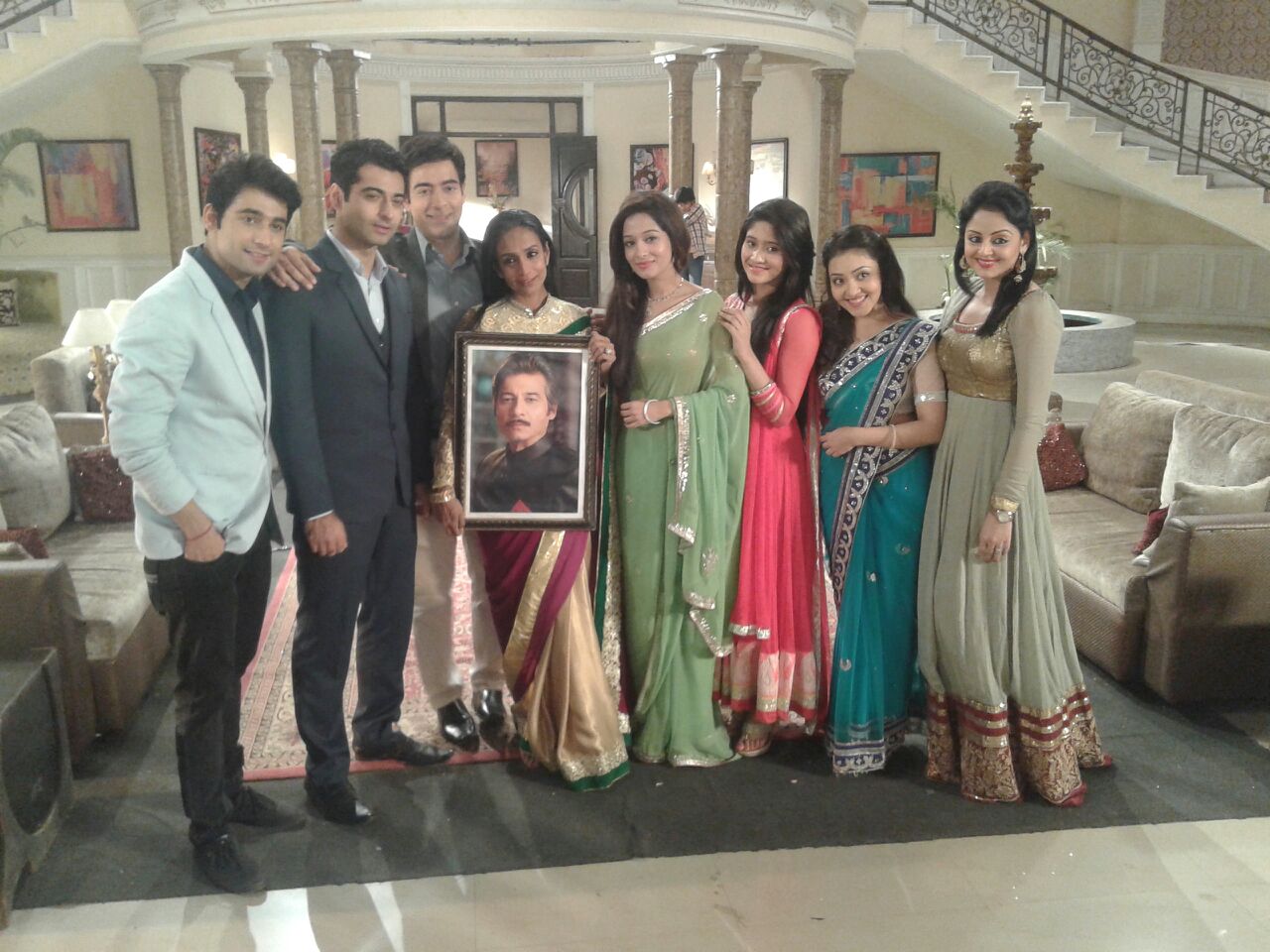 It was an emotional moment on the sets of Fortune Productions' popular show Beintehaa yesterday as the cast shot for their last episode yesterday.

The show which is based on the backdrop of a Muslim background, gained immense popularity because of its storyline but now the show is all set to bid adieu. The show will go off air on 21st November ending on a happy note. The show will take a leap of seven years with Aaliya (Preetika Rao) and Zain (Harshad Arora) becoming parents of a son and Aayat (Shivangi Joshi) and Rizwan (Vikas Grover) parents of a daughter. The family will reunite and all over smiling faces will be seen in Barkat Villa.

The leads Harshad Arora and Preetika Rao who made their debut to television with this show, gained immense popularity among the audience with their magical on-screen chemistry. The show comprised some renowned and popular actors like Suchitra Pillai, Ritu Raj Singh, Riva Bubber, Naved Aslam and many more.

The cast and crew of the show had a good time shooting for their last scene yesterday and became emotional after their pack up. A small wrap up party was organized on the sets which was followed post pack up. The actors and the entire unit were seen enjoying and dancing together. The entire unit was seen capturing precious moments to cherish forever.

We wish the entire team of Beintehaa all the best for their future endeavors!

6 years ago Goodbye BI !! Going to miss my Zaya for a long time to come !! Preetika Rao is a sweetheart !

6 years ago It;s heartbreaking to say Goodbye to Beintehaa! Waiting to see Harshad Arora and Preetika Rao back on screen again together!

+ 2
6 years ago Beintehaa was one of a kind. Love Harshad Arora & Preetika Rao!

6 years ago Waiting for the season 2 of Beintehaa with Harshad Arora and Preetika Rao as leads...

6 years ago beintehaa will always have a soft spot in my heart.. I will miss it dearly.. all the best to Preetika Rao,Harshad Arora and all cast and crew for their future ventures.

I wish I had such an ending in my favourite show!!!!

+ 4
6 years ago Love you so much Harshad Arora, Preetika Rao and the entire cast and crew of Beintehaa

Will miss and love this show endlessly :)