View Profile
It's time to enjoy ourselves to the fullest and play with colors as the festival of Colors Holi is here. While we spend our time with our friends, family etc. and play Holi enthusiastically with them, our TV stars also enjoy this festival a lot!

Here are these TV actors talking about their memories and craziest things they have ever done on the Holi. 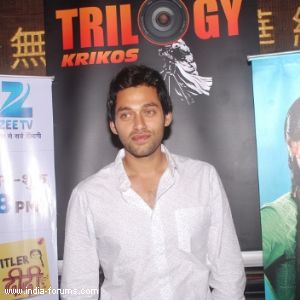 Sumit Vats last seen in Zee TV's Hitler Didi:"I miss my family during festivals like Holi. I like this festival very much and I like to celebrate it with my family and friends. We all play Holi together whether we are friends or enemies. This festival is very close to my heart. In my family, we wake up in the morning, put atikaon our forehead, we talk and eat together.

The craziest thing he has ever done on Holi -"I remember myNanajiused to bringkesu ke foolfor Holi which is healthy and Ayurvedic. We used to love the fragrance of it. We used to start doing all the preparations from night only. We used to fill the water in the buckets and then we used to fill water in balloons and start throwing balloons on people from the morning." 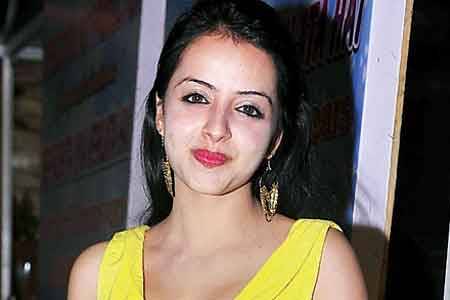 Shrenu Parikh who plays Aastha in Star Plus' Iss Pyaar Ko Kya Naam Doon... Ek Baar Phir: "It's been 2 years that I haven't got time to play Holi with my family as I couldn't go there. Our exams always used to come during the time of Holi but still we used to enjoy playing Holi. We used to start playing from morning. We used to start putting colors on our family members then we used to go to play Holi with our society members."

The craziest thing she has ever done -"I used to throw eggs and balloons on people and run away.We used to enjoy the freedom of doing such things with people on Holi (laughs)." 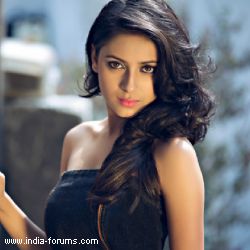 Pratyusha Banerjee seen as a host of Life OK's Savdhaan India @ 11: "My Mom and Dad always come at my place during festivals so I don't miss that part of staying away from my family during festivals. I celebrate all the festivals with my family. I remember that once I suffered from a very bad skin infection because of which I couldn't play Holi that year. I was 9-10 years old that time and I always remember that Holi. So I pray to God that I don't get any such infection ever again which would restrict me from playing Holi. I used to play Holi a lot and have fun with my family and friends."

The craziest thing she has ever done -"Every year I play Holi like crazy and I throw balloons on people and at their vehicles and then run away sayingbura na maano Holi hai.'I still do this (laughs)." 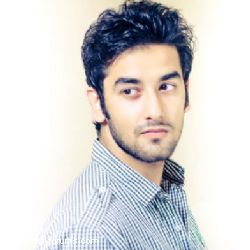 Vishal Vashishtha who plays Baldev in Star Plus' Veera: "I haven't played Holi from a long time. My family is not very much into playing Holi and the last Holi I remember was with my friends. The exciting Holi played by me till now was when I was young. I used to go to places where people used to gather to play Holi together. I have no such Holi memories rather than sitting at home and chilling. I never used to do anything on Holi; whatever used to happen, was done by others on me because I was never fond of Holi. I used to get scared of seeing people whose faces used to be covered up with colors.

The craziest thing he has ever done -"I remember playing Holi with mud and throwing balloons on people. Later we shifted our house to the ground floor which made us sad thinking how we will throw balloons on people now. I haven't ever triedBhaangin Holi. This Holi I want to have Bhaang (laughs)." 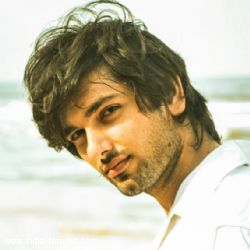 Rahul Sharma who plays Aakash in Star Plus' Ek Ghar Banaunga:"I have lots of memories related to Holi. I used to go to the village and we used to play Holi a lot there even with cow dung. People used to fill mud, grease, oil, etc. in balloons and throw that on other people. We used to be unaware of the fact that those balloons were filled with something else instead of water and then we used to pick up those balloons and throw those on other people. Once I threw that balloon on my elder brother then he made us sit at the place where cow dung used to be kept and he put dirty water on us. Then we promised that we will never do such kind of fun with anybody else. The moral of the story was we used to think twice thrice before doing such acts on anyone as we might get something like this in return (laughs)."

The craziest thing he has ever done -"I remember once I fell down from the 1stfloor while playing Holi. We were throwing colors and balloons on each other and there were so much of colors that I couldn't see anything and then I fell from the 1stfloor when I was trying to escape. Thankfully I didn't get hurt and immediately I ran upstairs so that nobody would get to know that I fell down. But my sister had already seen me and she already told everyone in the house. When I came back, myDadajislapped me on my cheeks instead of asking me how I am (laughs). I didn't do such thing intentionally but it turned out to be the craziest one for me."

We wish our readers a very Happy Holi!

.preeti. 7 years ago dear sumit when are you coming...missing you so much

10Lakh 7 years ago Come back soon Sumit, waiting for you ...

TrpBaba 7 years ago sumit..everybody are waiting for u..plz listen to us ...