The young, charming , curly haired beauty, Neeta Shetty made her TV debut with Aroona Irani’s saga on reincarnation, Tum Bin Jaoon Kahan. Also seen in popular serials like Kahiin Toh Hoga and Banoo Main Teri Dulhann, Neeta then went on to do a meaty role in Zee’s Ghar Ki Lakshmi Betiyaan. At this young age, Neeta has been very selective in her roles, and has shown her versatility with every role she has played. We caught up with Neeta who has been busy for a while now, playing the mentally challenged Sanjana in Mamta, which is slated to end this week. 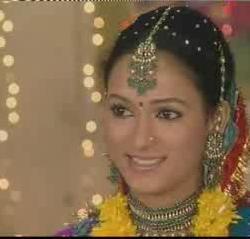 Featured Video
How has the whole experience in Mamta been?

It’s been great. I feel that I’ve grown as an actor, with this role.

How is it playing a mentally challenged character?

I have played four characters in my life. And all four of them were very different. Here it was difficult playing a ten year old. I did learn a lot. And I guess, that’s what that matters.

Did you do any research for the character?

Actually I didn’t do any special training as such. The unit asked me to watch Dia Mirza’s movie where she plays a mentally challenged girl. But for some reason, I wasn’t too motivated with that. So my friend suggested that I watch the movie - Sadma. Observing this movie is where I got my body language and the voice modulation worked out.

What are your comments on Mamta ending?

It is sad, definitely. We were told a month ago that Mamta is going to end. We were thinking that it will end in March or December. But October was a complete shocker for the entire unit!

Which is your best moment from the show?

It’s going to come up soon. Sanjana gets normal and then realizes that her sister Meera is actually in love with her husband Krishna. So Sanju acts as though she has lost her memory and pretends to have forgotten Krishna. She does so because she wants Krishna to get closer to her sister. There is also a scene where I sit remembering my dad, after my recovery. These are the two scenes that will remain close to my heart.

How was it to work with the Mamta unit?

They are very down to earth. It’s great to have co-actors like these to back you up. It makes a hard day so easy.

Not exactly! It’s too early to talk about anything. 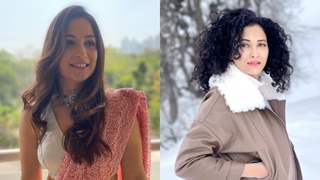 popleyz 14 years ago i have seen neetha shetty right from her first serial tum bin jaon kaha &i think she has tremendously grown as an actor, she is fantastic

+ 4
14 years ago awwww such cutee scenes...wish her all the best

awww.. will miss you sanjjuu,,

14 years ago aww it is going to end,, i liked her acting very much

14 years ago thanks for the article. she did good in the character of sanjana.

14 years ago Thanks great article/interview. Hope to see her soon in another great role.

i hpe she does better roles in the future...on ZEE..lol..