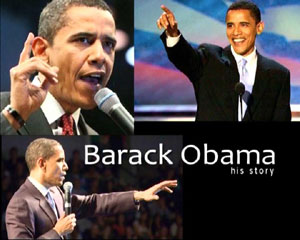 Featured Video
The only Indian channel to premier Barack Obama’s biography, FOX History & Entertainment showcases the political journey of this charismatic leader and retraces his life — his childhood with unusual parents and their individual personal lives, as a freshman at Columbia University and his experiments with youth and also at the Harvard Law School when he was elected to the Illinois State Senate. The last run of this special gives an in-depth insight into one of the greatest and most comprehensive ground games in history - The Presidency Elections. Some of Obama’s best speeches, in particular his spectacular acceptance speech upon winning the nomination race, have been especially highlighted in this special biography.

Commenting on this new series Sudha Sadhanand, Vice-President, Programming, said, “At Fox History & Entertainment, we always endeavor to bring alive historical events, people and places. This special biography, aired on the same day as the Presidential Inauguration, makes one feel overwhelmingly positive about the future…yes we can! Such a program is in keeping with our strategy of broad-basing the channel to widen its appeal for every viewer of Fox History and Entertainment.”

“All those watching tonight from beyond our shores, from parliaments and palaces to those who are huddled around radios in the forgotten corners of the world, our stories are singular but our destinies are shared /the new dawn of American leadership is at hand.” - Barack Hussein Obama

Only on FOX HISTORY & ENTERTAINMENT

13 years ago it was amazing!!!
wish him best of luck 4 his presidency!

+ 2
13 years ago Watched it already, being in USA!! It is just great, and definitely a pleasure to watch!

It is definitely time for a change! GOO OBAMA!

13 years ago -the whole world cares about america! and yet us americans dont kno nething about presidents of other countrys :S

+ 2
13 years ago Few hours left for his speech. All the best Obama!!! Change is coming or it has arrive?:D

all the best to obama, coz he has a few hard yrs in front b4 he can rest.

13 years ago
Very Confident .. Knows Where he stands ..What he is all about ..Knows his limits .. What he can & can''t deliver .. Very Focused & Intelligent Man ..
Handles all situations intelligently ..

Has all the Leadership Qualities .. Perfection Personified .. Hail Obama..

+ 5
13 years ago wish him all the best for the post:=] deff a turning point making history:P thanks for informing!hope the oath ceremony goes great and may godji shower happiness via him on the nation:)

13 years ago Obama has, is, and will be making history big time...I voted for him & I really hope he helps USA rebuild its economic crisis that Bush left us in!!!!!

I think a lot of desi''s and Democrat supporters are really having high hopes for him...just crossing my fingers for him to live up to that!!!