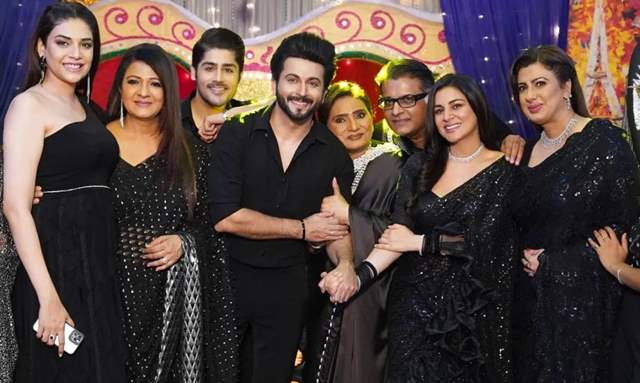 Zee TV’s popular show, Kundali Bhagya, has kept the audience on the edge of their seats since its inception. The intriguing plot, relatable characters and the adorable yet thrilling love story of Karan (Dheeraj Dhoopar) and Preeta (Shraddha Arya) have kept the viewers at the edge of their seats for half a decade now. In fact, each and every character of the show, be it Shrishti (Anjum Fakih), Sameer (Abhishek Kapur), Prithvi (Sanjay Gagnani), or Sherlyn (Ruhi Chaturvedi), has been able to make a place for themselves in the hearts of the viewers. While the recent five-year leap and the entry of Arjun (Shakti Arora) have turned the tale on its head, the show’s roaring success on viewership charts cannot be missed. In fact, ever since its launch, there has been nothing that has stopped   Kundali Bhagya from winning the hearts of the audience and with the show completing 5 years this month, it seems that it will continue to rule for years to come!

With the show achieving yet another mega feat recently, the actors were overjoyed, and they took to their social media pages to express their happiness. But that’s not all! The whole team celebrated the occasion together and even went down memory lane, speaking about their first cast meet, their first scene, their wonderful memories and much more

With Kundali Bhagya completing 5 illustrious years, it has truly entered a prestigious club of shows which have been able to achieve such a feat. And with the show continuing to enjoy a cult following, the actors were seen rejoicing during the recent celebration. They were not only proud of their achievement, but also seemed optimistic about Kundali Bhagya’s future.

As Shraddha Arya mentioned “Honestly, it is truly surreal to have achieved such a feat. For a show to run successfully for five years and remain as one of the top-rated primetime shows on TV is a huge deal. In fact, not only in India, the show has been a huge hit across several countries and it is a moment of pride for us to witness Kundali Bhagya completing half a decade, and scaling to such great heights. I would like to thank my fellow co-stars, the entire crew, Ekta Ma’am, Zee TV, Balaji Telefilms, and all our fans for making this possible. It is their love and support that have driven us to put our best foot forward and accomplish what we have. I feel it has been a great journey so far, but we have miles to go. The recent twist in the tale has truly got viewers excited about the show and with several chapters to be still unfolded, I am sure everyone will be hooked to their TV screens.”

Shakti Arora shared, "It feels great to be a part of such a well-appreciated show on TV. While I have just joined the show, I have seen the craze for Kundali Bhagya and I am quite kicked about what the future holds for us. My character, Arjun, has a lot of layers and secrets that the viewers will understand as the story progresses. There are many more untold stories and twists in the plot to be brought into the lives of Luthras, and we have a long way to go. I am sure the fans of Kundali Bhagya will continue to shower us with their love and affection as we continue to entertain them for years to come!"

Manit Joura also added, “I have been a part of Kundali Bhagya since its inception and I must say, the show has been nothing less than a blessing for me. I must mention that a team like Kundali Bhagya is rare to find. I have been part of multiple teams throughout my acting career, but I've never found a team like this. The bond that the whole cast shares is truly amazing. We're like a close-knit family and I guess the real camaraderie shows on the screen, which has enabled us to form a better connection with our viewers as each and every sequence seems genuine. The audience's love for the show has also been integral for the show to run successfully for 5 years. I would really like to thank our fans as well as Balaji Telefilms and Zee TV for their constant support. With several twists and turns yet to come, I am sure we will continue to enthral the audience for years to come."

While everyone is excited about this new milestone, Arjun and Preeta's dance sequence will add a new layer of drama to everyone's life including their own. Arjun's shocking revelation in front of the Luthras will also turn the tale on its head. But will Preeta be able to deal with this new twist in her life?

To know what happens next, tune in to Kundali Bhagya, every Monday to Friday at 9.30 pm, only on Zee TV!

+ 8
2 months ago i like shakti arora a lot...is it too late in the game for me to start watching?